Close
Trending News
HomeTechHow many bones are there in the human body?

How many bones are there in the human body?

How many bones are there in the human body?

THE human skeleton is what holds us up, protects our organs, and houses our bone marrow where blood cells are made.

In short, the bones in our body give us our very structure – but just how many bones do we have?

How many bones are in the human body?

There are 206 bones in the adult human body.

The human head and face is made up of 29 bones – with the average head weighing around five kilograms.

The smallest bones in your body can be found in your head – specifically, in your ears.

There are three ear bones, known as ossicles, in each ear. The malleus, incus, and stapes mature by the time we are a year old, and don’t change after that.

There is even a bone at the base of your tongue, the hyoid bone, which is important for talking, swallowing and breathing.

Down at the other end of your skeleton, there are 26 bones in each of your feet.

In fact, more than half the bones in the body can be found in your hands and feet.

Each hand has 27 bones, and each foot has 26 – totalling 106 bones in just these four appendages.

Newborn babies have over 300 bones, some of which fuse together as they grow.

In some unusual cases, people can be born with more bones, like an extra pair of ribs, or an extra finger or toe.

And some people can be born with fewer bones, – for instance 11 pairs of ribs instead of the usual 12.

The Adam and Eve story in the Bible has led some people to believe that men have one fewer rib than women, but this is not the case.

There are four layers in bone: the outside is a thin layer of nerves and blood vessels.

Next is the very hard white layer that typifies skeletons; inside this is a strong spongy layer, and blood-making, jelly-ish bone marrow is right in the middle.

Do women have more bones than men?

No – men and women have the same number of bones in their bodies, but women have a wider, rounder pelvis.

Women also have lighter, smaller, thinner bones than men, and are more likely to suffer with low bone density as they get older and oestrogen levels drop.

Women are at much higher risk of developing osteoporosis than men.

Men generally have bigger heads and longer limbs than women, who often have longer torsos.

Women also have a different pelvis in order to have children.

In many species males have a penis bone, baculum – but human men do not, despite the slang name “boner” for an erection.

What is the longest bone in the human body?

The longest and strongest bone in the human body is the thigh bone, or femur – which is the only bone in your upper leg.

Interestingly, the second and third longest bones in the human body are also in the leg – they are the tibia and fibula, the two bones that make up the shin.

The humerus, the long bone of the upper arm, is the next longest bone in the human body, averaging 35.8cm (14.1 inches).

This is also called the funny bone – but actually, the odd sensation caused by hitting this bone comes from a nerve wrapped around near where it joins your elbow.

The two bones in the lower arm are the next longest, followed by the eighth and ninth ribs.

The collar bone, clavicle, is the most often broken bone in the human body, because it is slim and in a vulnerable position. 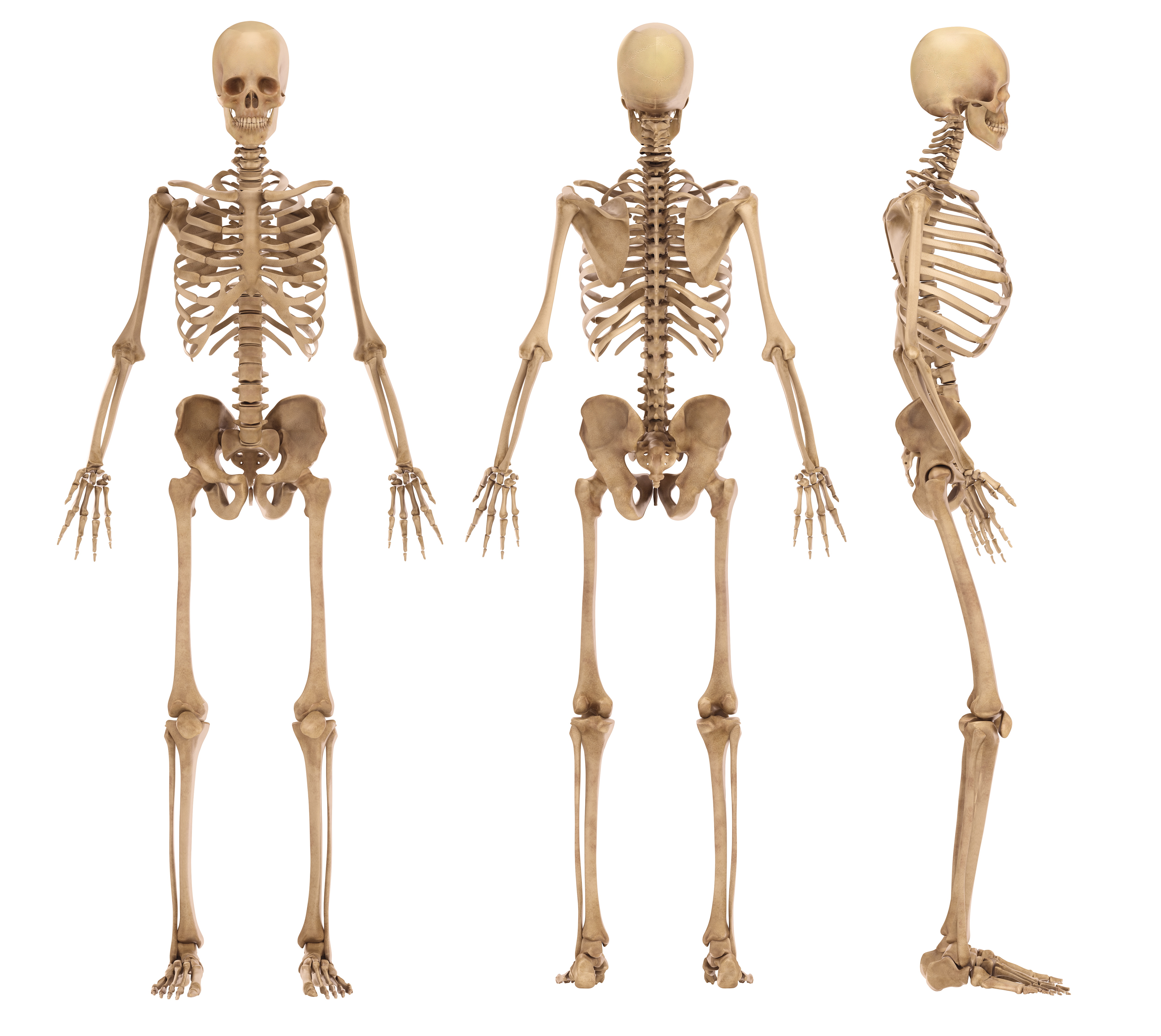