UK COPS have cracked a murky phone system thought to be unhackable as part of a huge sting operation that has resulted in the arrest of more than 700 suspected major criminals.

The mysterious mobile, called EncroChat, costs upwards of £3,000 a year and offers an instant messaging service that until recently was thought to be safe from the prying eyes of law enforcement officers.

Marketed as the “world’s most secure handset”, the device is popular among hitmen, drug lords and other major criminals.

That’s because it purports to allow crooks to plot illegal schemes with no fear that their conversations will be exposed.

The firm’s website gloats that its tech gives users “the electronic equivalent of a regular conversation between two people in an empty room”.

The super-secure gadgets are favoured by hitmen, drug lord and other criminals[/caption]

Encryption jumbles messages in transit, and is widely accepted to be one of the best ways of hiding from online snoopers.

Services like WhatsApp typically use encryption to stop hackers from reading your messages, but the feature also locks out the police.

Encrpted phones like the Encro are legal, and have some legitimate applications, such as protection from cyber-crooks.

However, the hyper-protective nature of the devices has made them a favourite of criminals across the globe.

EncroChat phone are said to be most popular in Europe.

To bolster security, many of the handsets can only communicate with mobiles made by the same company.

In addition, some come with a self-destruct “burn time” feature for messages that erases all texts shortly after they’ve been sent, according to the Liverpool Echo.

Encryption is just one way companies can secure data online.

It’s used by banks when you access your accounts online and when you’re paying for shopping on the web.

As you send your message the data is jumbled up, making it unintelligible.

The recipient can read your message – but anyone who might be trying to hack into the system to read what your saying will just see a load of jibberish.

This is done automatically using unique algorithms which scramble and unscramble data returning it to a readable format.

GPS, camera and microphone functions are permanently switched off to shut out snoopers.

It’s alleged that the gadgets possess specialised software that can wipe the device of all data even if it’s been seized by police.

They reportedly have two modes, one of which opens a normal operating system, while another opens a secret “encryption” mode.

Activated by holding the power button and volume buttons together, it’s this mode that criminals use to anonymously chat.

Earlier today, it emerged that 746 suspected major league villains were rounded up after the EncroChat system was hacked by law enforcement agents.

The extraordinary operation has been described by the UK’s National Crime Agency as the biggest ever blow against organised crime in history.

A total of 746 “Mr and Mrs Bigs” have been arrested across Britain since the beginning of April after the EncroChat system was pierced.

NCA chiefs said the phones were “pivotal” to “co-ordinate, command and control” organised crime in the UK and “underpins much of their business model.”

Chief Constable Peter Goodman, of the National Police Chiefs’ Council, said: “Criminals have been using these devices believing they were indecipherable by law enforcement.

“It is without doubt the biggest ever coup by law enforcement in the UK against organised crime.”

Around 200 potential murders and kidnappings have been prevented as cops listened in to gangsters using Aquarius smartphones to allegedly order executions of rivals on the EncroChat phone and messaging system.

The NCA hailed Operation Venetic as “the biggest and most significant operation of its kind in the UK.” 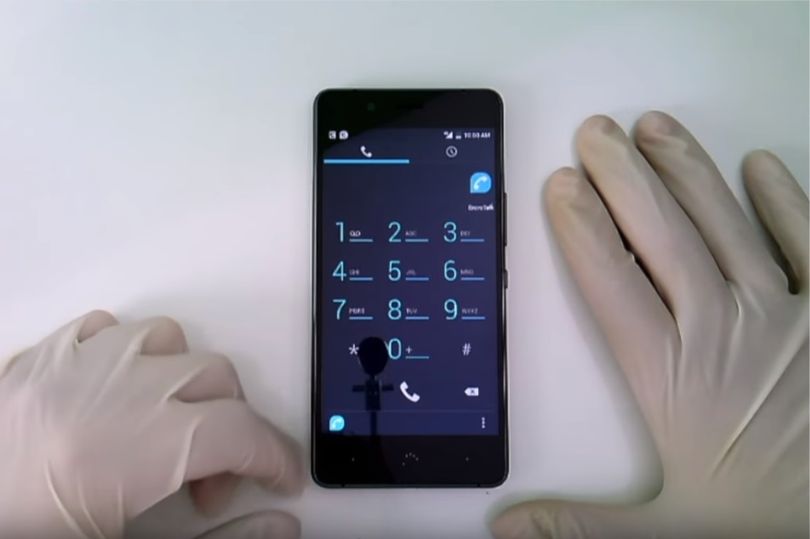