GOOGLE is about to launch its Pixel Buds wireless headphones in the UK.

The tiny earbuds are a direct rival to the Apple AirPods – but slightly pricier at £179.

Google’s earbuds are fairly small, and sit near-flush with the ear.

And they come with a neat charging case that keeps the Pixel Buds powered up when you’re out and about.

It’s also described as the “ultimate fidget toy” by Google.

The search engine giant says it scanned thousands of ears to create the most comfortable design for as many people as possible.

Both of the earbuds have dual beam forming microphones to detect your voice.

And there’s even a voice accelerometer built in that can detect the vibrations of your jawbone when you speak.

Google says this is designed to help you to sound better on calls when there’s plenty of ambient sound – like a busy train station or windy park.

This also supports a feature called Adaptive Sound that dynamically adjusts the volume as you move between noisy and quiet places.

It’s so you don’t have to keep switching the volume manually.

Google says it adjusts for sustained noise, rather than one-off sounds, so it doesn’t become annoying.

And if you manually adjust the volume, it overrides Adaptive Sound and temporarily disables the feature.

You can use the Google Assistant – an Alexa rival – with the Pixel Buds too.

All you need to do is say “Hey Google” or touch and hold an earbud while speaking.

If you’ve got a Pixel phone or one with Android 6.0+, you can use a real-time translation feature to help you understand people speaking another language.

The Pixel Buds have built-in touch controls: tap once for play and pause, twice to skip, three times to rewind, and swipe to change the volume.

And for fitness fanatics, Google says the Pixel Buds are water and sweat-resistant.

Battery life is decent enough, with five hours of listening time per charge. This grows to 24 hours with the case.

And if you charge the Pixel Buds in the case for 10 minutes, you’ll get two hours of listening time.

Put them in the case for an hour and you’ve got yourself full charge.

Better still, the case supports wireless charging, if you’ve got a Qi-certified pad.

This is the latest generation of the Pixel Buds, which was already available in the US.

The new earbuds are available in Clearly White from July 13 at the Google Store for £179.

And they’ll be available in Almost Black later in summer.

In other news, students can get a free pair of AirPods with Mac or iPad purchases. 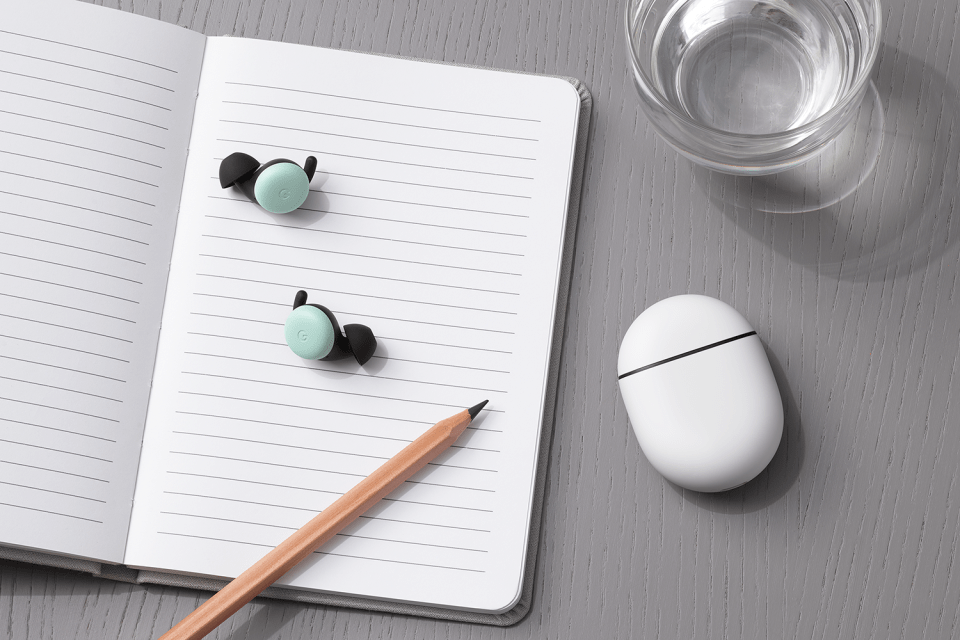