Google Pixel 6 and 6 Pro review: Picture perfect and cheaper than an iPhone

Google Pixel 6 and 6 Pro review: Picture perfect and cheaper than an iPhone

GOOGLE has launched two seriously powerful new phones – but are they any good?

The Google Pixel 6 and Pixel 6 Pro are bona fide iPhone 13 rivals, and I’ve been testing them for over a week.

Fact is, Google phones have always been very impressive.

The Pixel smartphone range only dates back to 2016, but it’s quickly cemented itself as a staple of Android mobiles.

If you didn’t know, Google makes Android – the core operating system that runs on most phones, including Samsungs.

It’s an alternative to iOS that powers Apple’s iPhone, and is beloved around the world.

Google’s Pixel phones are intended as a showcase for Android – and they do the job very well.

This year there are two models: the Pixel 6 and Pixel 6 Pro.


WhatsApp will be blocked on MILLIONS of phones forever next week

Both phones come with a Google-built chip and the latest Android 12 software.

The Google Pixel 6 is the entry-level model this year, with a slick new design.

The 90Hz screen is protected with Corning Gorilla Glass Victus, and is “always on” so you can check the time quickly.

You get a 24-hour battery life, rising to 48 hours with Extreme Battery Saver mode.

I easily got a full day of use out of the phone, which is really all you need.

Powering the device is the custom-built Google Tensor chip – a clear rival to Apple’s A-Series processor.

The front camera is also wide-angle (but not ultra-wide) with an 8-megapixel resolution.

The rear camera can shoot 4K at 60 frames per second.

And there’s a fingerprint scanner under the display.

Snapping isn’t on par with the iPhone 13 Pro, but why should it be? However it’s much closer to the iPhone 13, and performs very well in all conditions.

You can get Stormy Black, Sorta Seafood, and Kinda Coral colour options.

The Pixel 6 runs on Android 12, with a new design and features.

One neat trick is that your entire UI can now update to match your wallpaper.

The automated theme will change colours across the board to fit with whatever you’ve chosen.

It’s quite cool and appears to work very effectively.

The Pixel 6 Pro is very similar to the Pixel 6, but with some key and welcome changes.

In addition to the Pixel 6 camera, you get a 48-megapixel telephoto lens with 4x optical zoom.

And there’s an ultra-wide front camera that’s capable of recording 4K video too.

Digital zoom on video is also boosted from 7x to 20x on the Pro model.

The camera is brilliant – genuinely impressive in almost any circumstance.

Smartphone cameras are really progressing to the point where there are almost no general-use shots that won’t come out in good quality.

Low-light has been the big hurdle in recent years, and both Apple and Google are clearing it to great effect.

Much of this is thanks to computational work in the background, but also due to genuinely extremely capable cameras been squeezed onto smartphones.

Battery life is roughly the same, although you get even faster charging – up to 50% in 30 minutes.

Memory is boosted to 12GB (up from 8GB), but storage options remain the same.

And it’s all powered by the same speedy Google Tensor chip on the Pixel 6.

In most other ways, the phone is identical to the Pixel 6.

The big advantages are the bigger and better display, the more powerful camera, a higher memory allowance, and the faster charging.

But people who aren’t too fussed will probably get on just fine with the impressive Pixel 6.

One of the best advantages is that Pixel phones get new Android features first.

So you’ll usually have the latest Google tricks before your pals.

So the synergy between hardware and software is always getting better – just like with the iPhone.

Both new Pixel phones are extremely capable, and I’m continuously impressed, especially by the Pro.

Importantly, the Pixel phones are cheaper than their counterpart iPhone 13 models at every level.

That said, Apple phones are famous for holding their value when it comes to re-sale.

Probably what’s most important is whether you’re already using Android or iOS.

Switching away from a platform often means losing some data, rebuying apps and content, and learning a whole new ecosystem.

So if you’re an Android fan, it’s probably worth sticking with Android.

And the Pixel phones really are a tour-de-force of Android power.

It’s fair to say the Pixel 6 Pro is the best Android smartphone on the market today.

And for the budget-conscious, you’ll struggle to find better value than the Pixel 6.

The Sun says: Google’s new pair of Pixels is perfectly priced, with exceptional performance, outstanding camera chops, and an eye-catching design that stands out from the crowd. 5/5

If you click on a link in this story we may earn affiliate revenue.

Take a look at your hidden Facebook rejection folder. 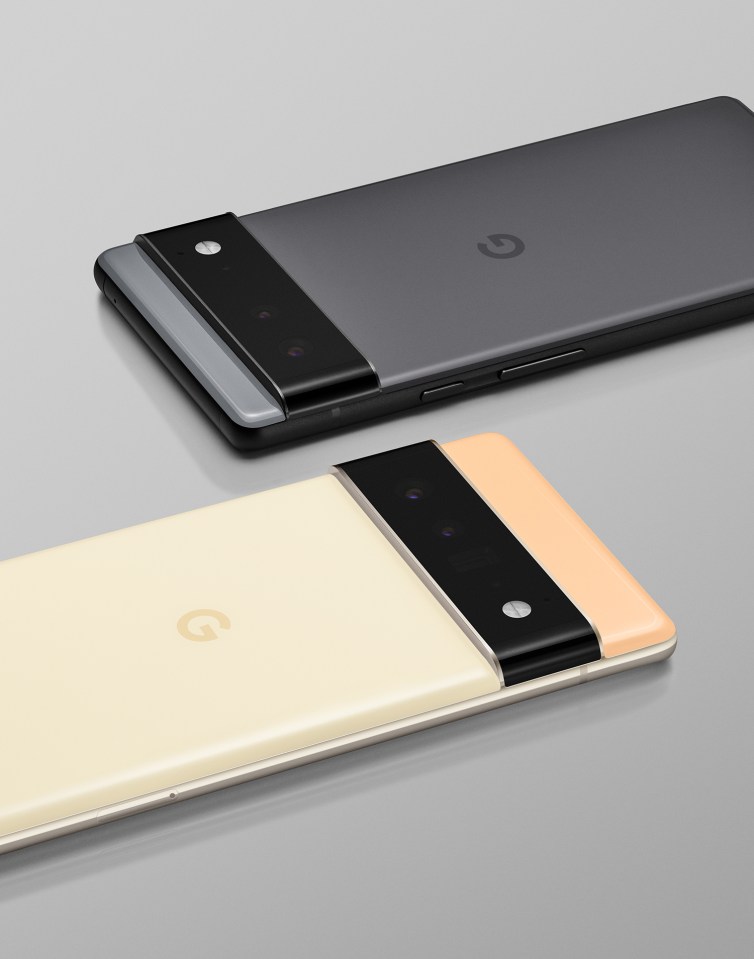 Call of Duty: Warzone map gets...

Sweden gets first ever transgender minister

Xbox Series X Mini Fridge is available NOW: Where to buy in the UK and US