GMAIL is down across the globe, leaving hundreds of people unable to send emails while working from home.

Complaints about the issue began flooding in to online outage trackers from around 5:30am BST (0:30am ET) on Thursday.

Problems with other Google services, including Google Drive and Google Meet, were also logged overnight by frustrated users.

More than 1,200 people have reported not being able to send emails using the Gmail app or website to online outage tracker DownDetector.

Anyone attempting to fire off an email is quickly met with the error message: “Oops, Something went wrong.”

Others have reported that attachments upload very slowly while text-only emails send normally.

tfw Gmail is down pic.twitter.com/HDSm8yKVtc

Issues with Gmail appear to largely affect people in the UK, Europe and Singapore, according to DownDetector.

An outage map provided by the site shows users in Japan, Australia and India are also experiencing problems.

It’s unclear what’s causing the issue or how long Gmail is expected to be out.

Google confirmed on its Google Apps status page that it had received complaints and was working on a fix.

#Gmail
Pic 1: When I hear gmail is down
Pic 2: When I realize I won’t get work mails now pic.twitter.com/ZQuxsRYNi1

Me waiting for my email attachments to load I sent. #gmaildown pic.twitter.com/n8hFlIdZE6

Gmail has 1.5billion users worldwide and is relied on for both business and personal messages[/caption]

“We are continuing to investigate this issue,” Google said.

The Sun has reached out to Google for comment.

Seething users took to Twitter to vent their frustrations at the sudden outage.

When Gmail is down but it don’t matter because you old & never got off AOL pic.twitter.com/rM6b4OfyCV

“@gmail are you down ? multiple attempts to send a normal email failed multiple times. please check,” one user fumed.

“Why is #gmaildown ??!” another said. “Up late working and not happy.”

Others pondered whether the outage had in fact liberated them from mountains of work.

“GMAIL IS DOWN. I can’t decide if this is wonderfully liberating or wildly stressful,” one Twitter fan quipped.

Another wrote: “Really felt like working but gmail is down and who am I to challenge the universe.”

In other news, a major Gmail redesign last month added Google Docs, Meet and Tasks to the app.

And, here’s how to unsend emails on Gmail so the recipient never reads them.

Have you been affected by the Gmail outage? Let us know in the comments! 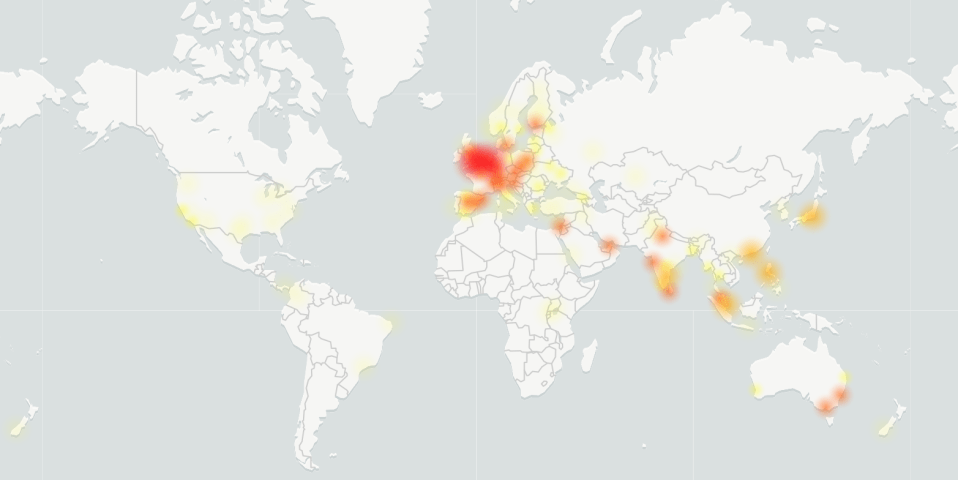