FORTNITE will stay banned on Apple devices for the foreseeable future, a judge has ruled.

Epic Games tried to overturn the game’s ban on iPhones and iPads – but was denied in courts.

It comes just over a week after Apple removed Fortnite from its App Store for breaking the rules.

Apple takes a 30% cut of money earned by apps through the App Store – and Epic Games tried to dodge this fee.

Both firms are now embroiled in a legal dispute over the ban.

“The record shows potential significant damage to both the Unreal Engine platform itself, and to the gaming industry generally, including on both third-party developers and gamers,” the judge warned.

“Apple has chosen to act severely, and by doing so, has impacted non-parties, and a third-party developer ecosystem.”

Epic Games will now have to comply with the App Store rules, or live with Fortnite being permanently banned from the iPhone.

As part of an ongoing PR war, Epic Games recently held a #FreeFortnite tournament with “anti-Apple” prizes – including Samsung gadgets.

Apple and rival tech giant Google have come under fire in recent years for operating alleged “monopolies” in which they stifle competition and take colossal cuts on sales made through their app stores.

Fortnite is waging a PR war against Apple[/caption] 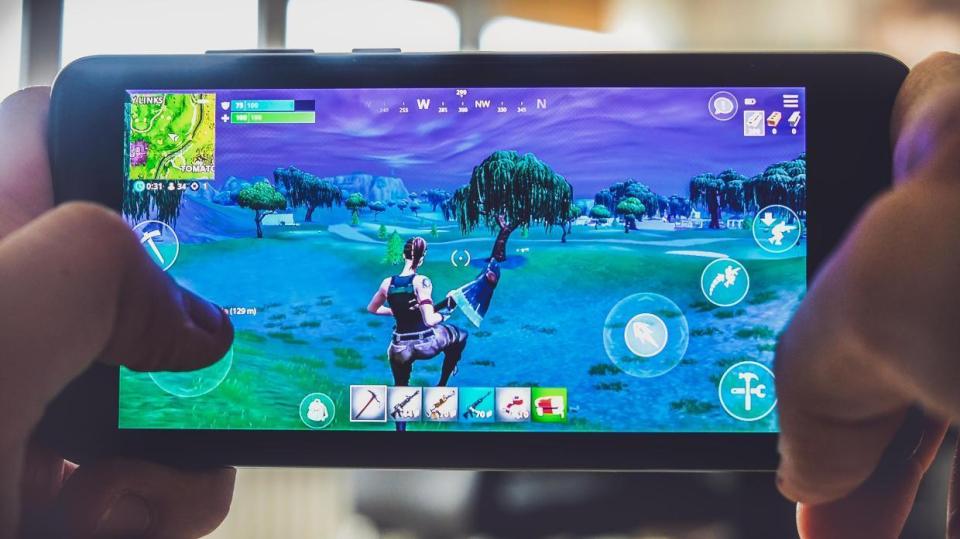