FORTNITE is getting a huge update today – and it’s filled with Marvel goodness.

Fortnite Chapter 2 Season 4 – what is it and when is it out?

Epic Games had added in loads of iconic superheroes from the Marvel universe.

Top names include Iron Man and Thor (of The Avengers fame), as well as Groot from Guardians of the Galaxy.

Other major characters landing in Fortnite include Storm, Mystique, Doctor Doom and She-Hulk – lesser-known but longstanding and popular Marvel creations.

And we can even expect to see a surprise debut by Wolverine later in the season, but details are light so far.

You’ll be able to bag new skins and emotes[/caption]

Here’s what Epic Games said: “Be warned, Wolverine has been spotted on the island and he won’t come quietly.”

The new season launched with an in-game comic book that details the storyline behind the new season.

To deal with the growing threat, Thor recruited his fellow Marvel do-gooders.

In the comic, Thor is seen to drop his hammer, creating a mammoth crater on the island that now exists in-game.

And these super-heroes will do more than just provide new storylines to chew over. They’ll have an impact on your gameplay too.

Look out for brand new locations in Fortnite[/caption]

“You now have the power,” writes Epic Games.

There are new locations to enjoy on the island, including Doom’s Domain, Sentinel Graveyard and more.

Iron Man has been up to his old tricks and created a Stark Industries Energy Rifle – a new weapon that you can wield.

Stark’s supply drones will be whizzing overheard, and you can shoot those down to bag yourself some loot.

The Battle Pass has, of course, been updated with new goodies to collect.

This time around, you can complete special quests from Marvel’s legendary heroes, letting you unlock their “Awakening” – a special emote.


Terminally-ill scientist tears up hearing his robot voice before surgery 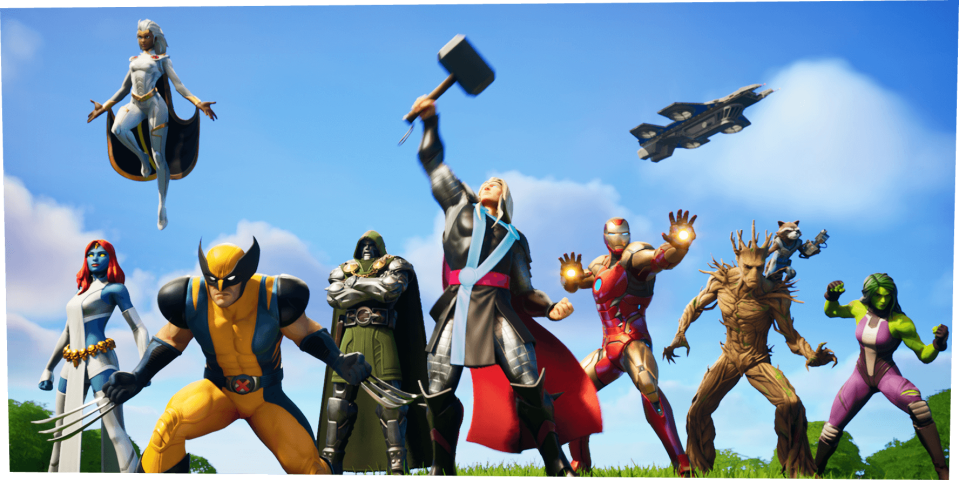