ICONIC astronauts Neil Armstrong, Buzz Aldrin and Tim Peake have been joined in the history books – by a CHICKEN NUGGET.

These pictures show what is believed to be the first ever chicken nugget sent into space, reaching heights of more 110,000 feet above Earth – about 880,000 chicken nuggets high.

To boldly go where no nugget has gone before…[/caption]

A team of experts in the field of stratospheric exploration created the perfect vessel for the nugget to travel in.

It was sent into space using a meteorological weather balloon filled with a gas that’s lighter than air to be able to carry the clucking cargo up to the stratosphere.

The nugget was sent star bound from a location close to supermarket Iceland’s head office in Deeside, North Wales, to mark its 50th birthday.

The nugget set off from Deeside, North Wales[/caption]

This follows a hugely successful year for the retailer which saw Kantar name it the fastest growing high street supermarket with a 20.1 per cent year on year growth.

Andrew Staniland, trading director at Iceland, said: “2020 is a huge year for us as we celebrate our 50th birthday, and we wanted to find ways to mark the occasion, just like anyone celebrating a birthday in lockdown.

“What better way to show that our products are out of this world than by sending one of our customer favourites into space.

“We’ve all changed the way we shop in recent months and frozen food has never been so popular.

“We’re looking forward to continuing to celebrate our 50th year with customers and thanking them for their support.”

Iceland partnered with Sent into Space, a team of experts in the field of stratospheric adventure to send the nugget into outer space.

In other news, Elon Musk’s super-fast global internet created by Starlink space probes is about to switch on. 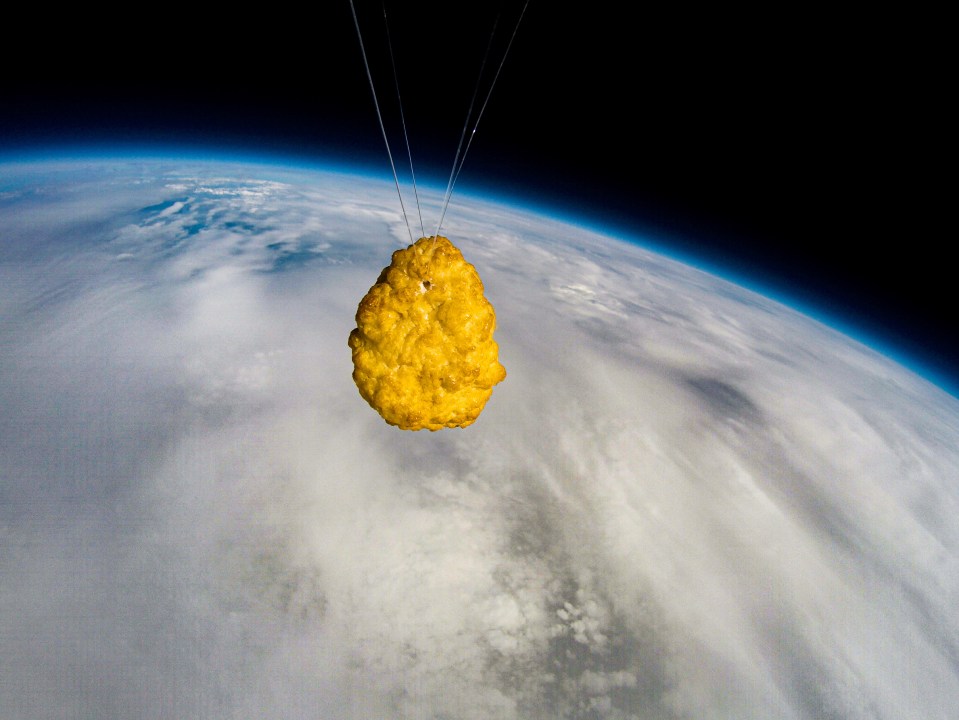