There’s lots of good stargazing opportunities this week but one of the best is tonight’s Taurid meteor shower.

Keep your eyes to the sky late this evening and into the early hours of the morning and you may spot a few meteors as well as planet Venus.

If you want to wish on a shooting star then you may need to stay up very late tonight.

In the very early hours of Thursday morning the Northern Taurid meteor shower will reach its peak.

This means there could be five to 10 meteors shooting across the sky per hour.

This isn’t as many ‘shooting stars’ as other meteor showers can provide but if you’re already stargazing then it’s definitely worth a lookout.

If you don’t spot a shooting star you should definitely be able to see Venus before sunset.

Check the weather forecast though as cloudy skies aren’t great for meteor spotting and neither is light pollution.

Look towards the Taurus constellation as the meteors radiate from there.

If you’re not sure where this is you can always download a night sky scanning app on your smartphone.

On the morning of Thursday 12, Venus will be in its bright ‘Morning Star’ position just below the crescent Moon.

Look East before sunrise and you should be able to see the planet shining like the brightest star in the sky.

If you look slightly beneath Venus and to the left you may also spot Mercury.

Just before sunrise it should look like a small red dot but you may need binoculars to see it.

This Sunday will bring us a ‘Super New Moon’.

This occurs when a New Moon forms at the closest point the Moon can be to Earth.

However, there won’t be much to see as a New Moon is the phase in the Moon cycle in which the lunar disk is barely visible because it’s such a slim crescent.

This means Sunday will be a great night for general stargazing because there will be less moonshine in the sky.

In other space news, an asteroid that’s following Mars’s orbit could be our Moon’s ‘long-lost twin’.

Nasa has announced that it’s partnering with the European Space Agency (ESA) to create a floating Moon base for astronauts. 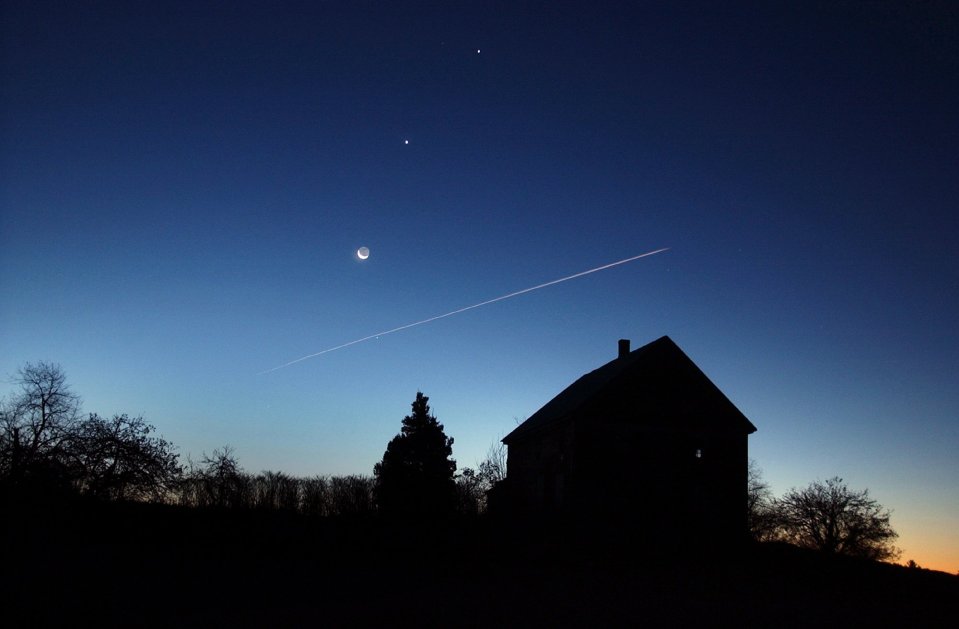