STARGAZERS will be treated to not one but two stunning meteor showers this month.

How to see the Draconid meteor shower

The Draconids will be the first meteor shower of the month.

You should start looking for them anytime after dark on October 7.

The Draconids is actually the only shower that’s best to watch just after nightfall and not after midnight.

It will be active from October 6 to October 10 but will be at its peak on Wednesday October 7.

Sometimes the Draconids only features a handful of meteors per hour.

However, there have been occasions when stargazers have been treated to the sight of thousands of the shooting stars.

The meteors are often too small and fast to spot without a telescope.

If you do want to try and spot them then your best chance will be in a rural area far away from light pollution.

The shooting stars are coming from the direction of the Draco the dragon constellation.

This also happens to be the constellation that they’re named after.

They are created as the Earth passes through the debris from the 21 P/Giacobini-Zinner comet.

The Draconids are well-known for being unpredictable and no one can say for sure how many meteors people will be able to see.

How to see the Orionid meteor shower 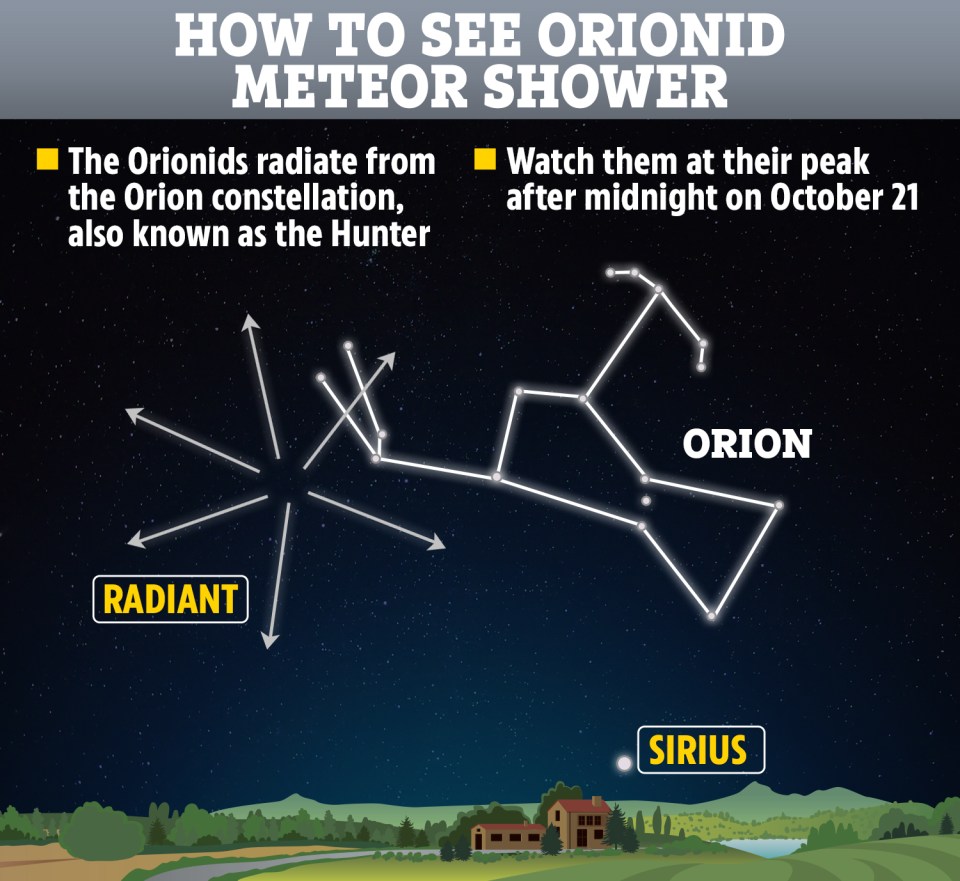 The best time to see the Orionids will be on October 21 just after midnight.

The meteors appear to radiate from the Orion constellation but you should be able to spot them all over the sky.

Orionid meteors actually become visible in our skies every year from around October 2nd until November 7.

However, they will be much more visible around their peak towards the end of this month.

The Orionids meteor showers are one of the most spectacular astral shows of the year.

When the conditions of the night are right, dozens of shooting stars can be seen falling from the sky.

When the weather is good and there is limited light pollution, you could see dozens of shooting stars with the naked eye.

Each hour about 20 meteors zoom through the skies, at speeds 148,000 mph, the Orionids are one of the most impressive events in the sky’s calendar.

It happens 60 miles up in space, when the Earth moves through a cloud of thousands and thousands of space rocks which would be left behind by the famous Halley’s Comet.

Will you be looking out for the meteor showers? Let us know in the comments… 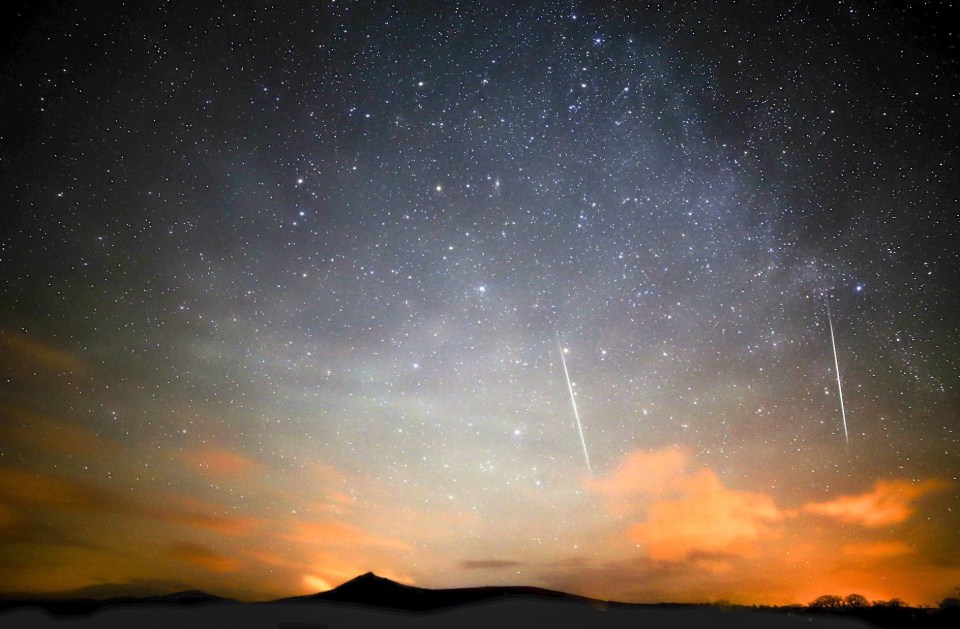