PLAYSTATION 4 players who own Fifa 21 will get a free upgrade to the next-gen version of the game next month.

That’s because EA Sports is letting anyone upgrade from the PS4 version of the world famous footy sim to the PS5 version for free.

It’ll grant you boosted graphics and shorter loading times, as well as a handful of other features EA is expected to reveal next week.

The update is available through EA Sports’ Dual Entitlement scheme, which also offers free upgrades for Xbox One players to the Xbox Series X version of the game.

As well as getting the next-gen Fifa 21, participants have the option to port across all of their progress in the game’s online multiplayer mode Ultimate Team, as well as the single player campaign mode, Volta Football.

“Entitle for FIFA 21 on either PlayStation 4 or Xbox One before the release of FIFA 22, and upgrade your game for the equivalent next generation console (PlayStation 5 or Xbox Series X|S) for free,” EA says on its website.

“All progress you make and content you acquire in FIFA 21 Ultimate Team and Volta Football will carry over!”

Fifa 21 was released October 9 for Xbox One, PS4 and PC. However, it comes out a little later – December 4 – on PS5 and Xbox Series X.

To claim your free next-gen copy of the game, you’ll need to have purchased a copy of it for Xbox One or PS4.

If you buy a physical copy, you’ll be provided with a code in the box. Plug that code into the “redeem code” section of the PlayStation or Microsoft store to download the Xbox Series X/S or PS5 version of Fifa 21.

If you own a digital copy of Fifa 21, you can download the next-gen version by simply heading to the PlayStation or Microsoft store on your new console for a free upgrade.

What do you make of the new consoles? Let us know in the comments! 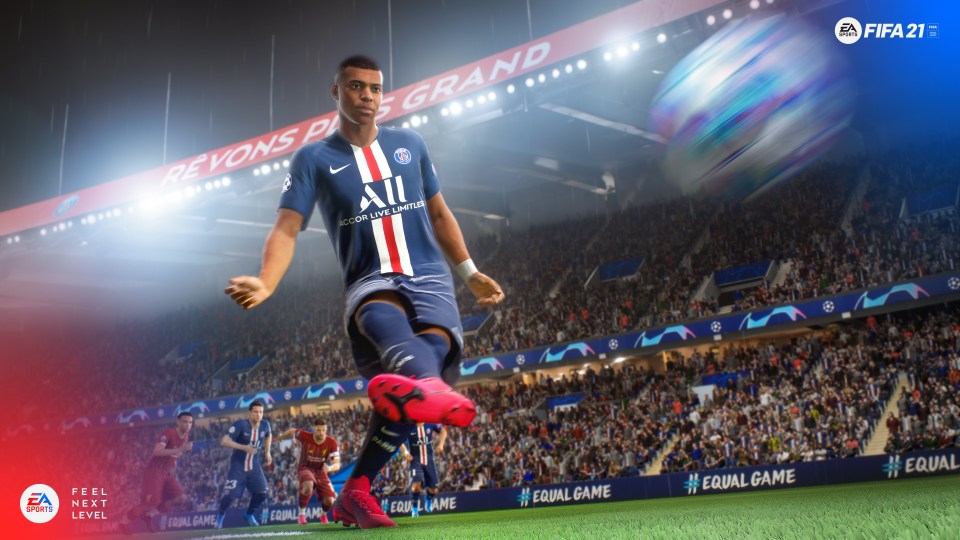