FACEBOOK’S controversial new design will be made permanent next month.

Users can currently switch back to the old Facebook but the new more spacious design will be the only option come September.

The update comes with a highly anticipated dark mode feature[/caption]

The new design was officially rolled out months ago, it seems Facebook has just been giving us time to acclimatise.

The biggest changes are that Facebook will now look more simplified and there is also a dark mode for you to try.

When the new look rolled out, accounts were greeted with the message “Welcome to a fresh, simpler Facebook”.

Can we all agree that the new Facebook design is utter garbage?

The design is intended to be simpler[/caption]

Dark mode is one of the most anticipated features thats now available.

The overall design of the site is quite minimalist.

Almost all of the website is now white, not blue, including the banner at the top.

Facebook Stories has been moved to the centre of the page and are in large rectangular form rather than circles.

You can try out Dark Mode with the new Facebook[/caption]

Stories take centre stage as part of the new look[/caption]

The social network’s logo has changed so it’s now a white ‘F’ in a bright blue circle rather than a square.

The fresh redesign didn’t prove very popular on Twitter earlier in the year either.

the new facebook layout is so ugly im in disbelief

The new Facebook layout is weird as on dark mode…

Another said: “The new facebook layout is so ugly I’m in disbelief.”

Whether you like it or not, Facebook will be making the permanent switch for you in just a few weeks.

Facebook told The Sun that this is how the system works…

Facebook’s messenger has started to merge with Instagram chat.

And, Instagram was caught keeping deleted photos and messages on its systems for more than a year after deletion.

How often do you use Facebook? Let us know in the comments… 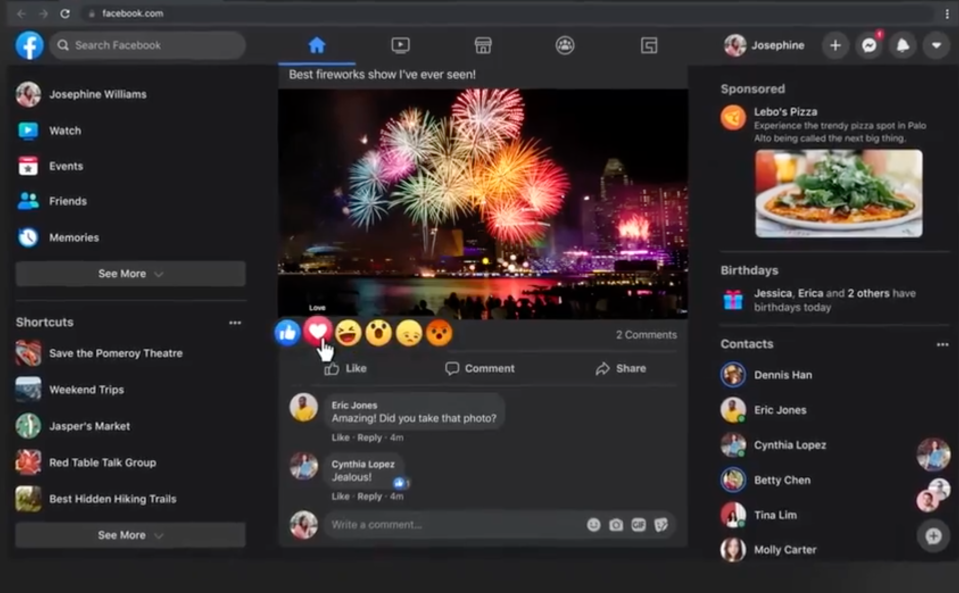