FACEBOOK has launched a brand new “smart screen” that you can talk to – and even carry around.

The Portal+ (left) and Portal Go (right), with the latter clearly smaller and more portable[/caption]

Both devices come with built-in cameras and microphones.

But Facebook promises that the gadgets are totally secure and safe to use – though not everyone will be convinced.

Two new devices added to the line-up today include the Portal Go and the Portal+.

“Portal from Facebook is a family of video-calling devices that helps you stay connected to your friends, family and colleagues,” said Facebook.

Here are the two devices…

The Portal Go is the move-around device.

It’s got a 10.1-inch HD screen, and comes with a charging dock and adapter.

There’s a handle built into the back of the device, so you can pick it up and move it around.

So if you start a call in the office and decide you want a sandwich, you can shift it through to the kitchen. It’s got support for hands-free voice control with Facebook Assistant, as well as Amazon’s Alexa.

That means you can use your voice to start calls, play music or find out about the weather.

You can also use WhatsApp (and make WhatsApp video calls) with the Portal Go.

There’s a 12-megapixel Smart Camera on board with an “ultrawide” field of view.

And it includes two speakers plus a woofer, so you can use it as a portable speaker too.

It costs $199, which is cheaper that Amazon’s Echo Show 10 and Google’s Nest Hub Max.

This is the bigger and entirely stationary alternative to the Portal Go.

You’ll get largely the same features as with the Go, but it’s not portable.

However, the speaker system is better, throwing in two passive radiators.

The luxury of the high-quality screen and boosted speakers means you’ll pay a premium.

Both devices have a red light that shows when the camera and mic are off – and there’s a built-in cover to physically block the lens.

You can also set a four-to-12-digit passcode lock. 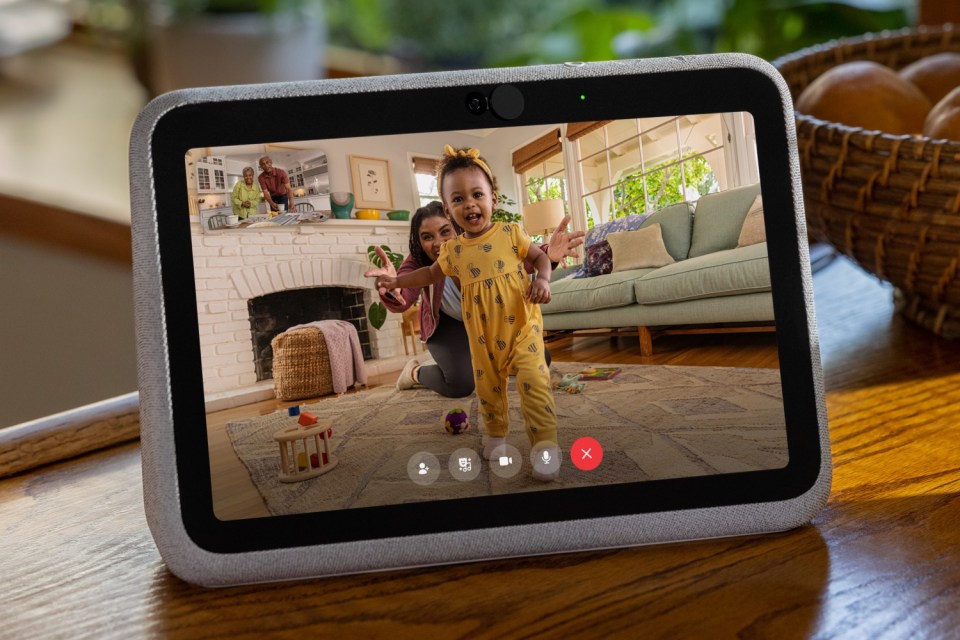 Brawling NFL fans end up in lake a...