Facebook’s Accounts Centre is a tool designed to help you manage cross-app features.

Accounts Centre should appear under Settings on your updated Facebook.

It will allow you to control an authentication option, that will let you login to Instagram or recover accounts via your Facebook.

It will also give you control over how your Stories post.

Others may want to use the feature to separate the two.

Facebook Pay is said to becoming to the Accounts Centre too.

This should make it easier for people in the US to make purchases via Facebook and Instagram.

It should also make it easier to sync profile photos.

Although, people who have a personal Facebook and a business focused Instagram will not have to compromise this.

Accounts Centre also has a section for controlling some aspects of Messenger.

In other news, an iOS 14 update is aiming to give Apple users 117 new emoji.

WhatsApp is working on a secret self-destructing text feature that deletes photos and videos from the recipient’s phone. 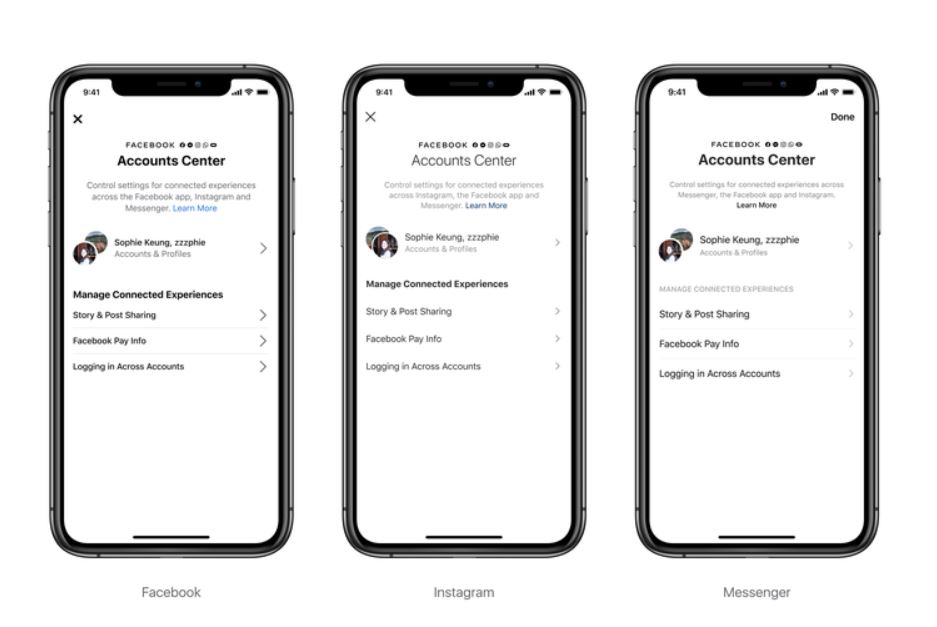 Amazon now lets you pay for your s...