The Facebook Shop feature can turn current pages selling items into a place were you can buy products without going to a different website.

Facebook has also been working on making it easier for you to search for specific products and product colours by using artificial intelligence.

Businesses will get new tools to customise their ‘Shops’, including different layout options.

Facebook and Instagram users in the US will be able to use a new ‘Checkout’ feature to shop inside both apps.

Checkout can also remember your financial information so you can quickly use it again next time you shop.

New chat support will allow users to talk with businesses over Messenger and Instagram Direct.

The ability to also message them via WhatsApp is said to be coming soon.

This is all good news for businesses who already have large social media followings.

It will also be useful for Facebook users who want a simpler way to shop online.

The new shopping features have started rolling out in the US now.

Facebook told The Sun that this is how the system works…

In other news, Instagram now has a “Suggested Posts” feature that could keep you on your feed for longer.

What are your thoughts on Facebook Shopping? Let us know in the comments… 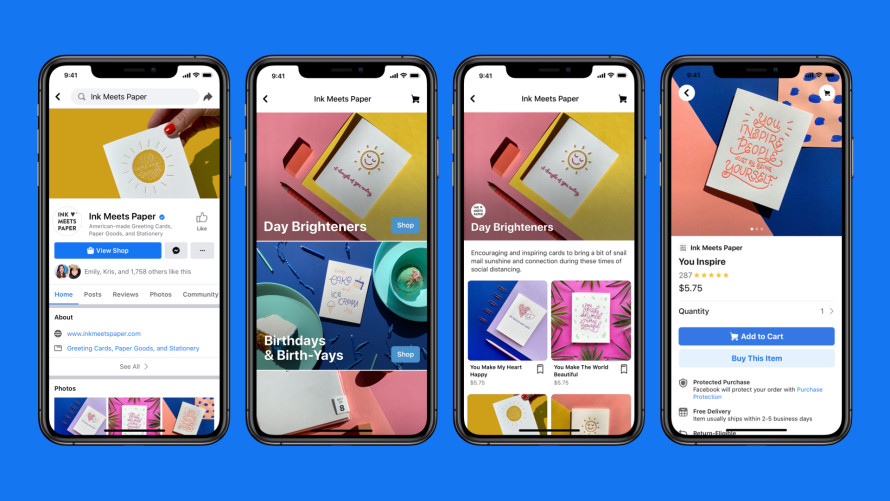