FACEBOOK has been branded a “danger to public health” as a shock report reveals staggering failure to crack down on fake news.

Cash-flush Mark Zuckerberg’s social network has been accused of helping health misinformation rack up billions of views – as a deadly pandemic rages across the globe.

Fake news stories can spread like wildfire on Facebook[/caption]

Now activism non-profit Avaaz has published the results of an investigation into Facebook’s failure to keep a lid on fake news.

The damning report makes a number of very serious accusations about Facebook’s track record on health.

It says that global health misinformation generated an estimated 3.8billion views in the last year.

And websites that spread health misinformation – and that are at the heart of Facebook’s rogue networks – peaked at an estimated 460million views in April 2020.

That coincided with the rapid escalation of the global pandemic.

Shockingly, just 16% of all health misinformation analysed for the report had a warning label from Facebook.

Facebook claims to fact-check content, but 84% of the fake news was left up and had no warning.

Much fake news is hidden from view, circulating in private pages and on hidden chats.

But Avaaz warns that public pages accounted for 43% of the total estimated views of health misinformation.

In particular, 42 Facebook pages were highlighted as being “key drivers” for health misinformation.

They were followed by more than 28million people, generating a staggering 800million views.

“Facebook is failing to keep people safe and informed during the pandemic,” Avaaz’s report warned.

“Even the most ambitious among Facebook’s strategies are falling short of what is needed to effectively protect society.”

The type of false content being spread varied wildly.

One popular article wrongly alleged that polio is caused by vaccines, and that a Bill Gates-backed scheme led to 500,000 children being paralysed.

This dangerous article had more than 3.7million views on Facebook.

Another fake story claimed that the American Medical Association was encouraging doctors and hospitals to over-count Covid-19 deaths.

And many articles contained bogus cures for illnesses.

One such false claim was that colloidal silver is a safe alternative to antibiotics in the treatment of syphilis, tuberculosis and ebola.

“Thanks to our global network of fact-checkers, from April to June, we applied warning labels to 98million pieces of Covid-19 misinformation.

“And [we] removed 7million pieces of content that could lead to imminent harm.

“And when someone tries to share a link about Covid-19, we show them a pop-up to connect them with credible health information.”

He is just one of three “centibillionaires” on the planet, alongside Amazon boss Jeff Bezos and Microsoft founder Bill Gates.

In other news, find out how to see if someone is spying on your Facebook.

And read our guide on how to delete Facebook.

Do you think Facebook is doing enough to tackle fake news? Let us know in the comments! 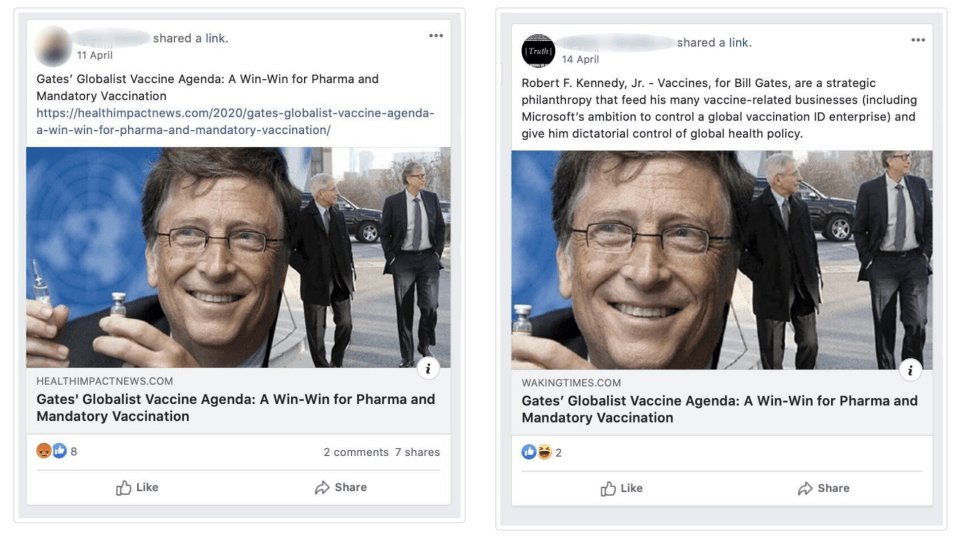 Humanity ‘near point of no return’...

What is a Black Moon and what does...