FACEBOOK is finally getting a Dark Mode on the iPhone and Android apps.

It means you’ll be able to experience an “all black” Facebook that might strain your eyes less at night.

Some users are already trying out Dark Mode on Facebook[/caption]

The Dark Mode is already available for Facebook users on desktop.

But Facebook is now testing Dark Mode on the mobile app too, as spotted by Social Media Today.

Facebook says the feature is only available to “a small percentage of users globally right now”.

However, it’s likely that it will eventually roll out to all users – assuming the trial is successful.

There’s nothing worse than picking up your phone in the night and being blinded by a glaring white app.

That’s why lots of app and website makers are now offering Dark Mode settings, which stop this from happening.

Although it’s a big change for Facebook’s look, it’s no surprise.

Facebook has already rolled out Dark Mode on a number of its own apps.

You can get Dark Mode on Messenger and Facebook Lite.

And Dark Mode is also available on both WhatsApp and Instagram – both of which are owned by Facebook.

Facebook is even available on desktop, so the mobile app is one of the few remaining pieces of Mark Zuckerberg’s empire without Dark Mode.

Sadly, it’s impossible to say how long it will take for Dark Mode to arrive on all devices.

In any case, keep your Facebook app updated to make sure you have the best chances of getting Dark Mode as soon as it’s available.

The good news is that Dark Mode will almost certainly be optional.

So if you hate the new look, you’ll probably be able to keep it switched off.

In other news, your Facebook has a hidden inbox with messages you’ve probably never seen.

Your iPhone will now tell you if other apps are spying through your microphone. 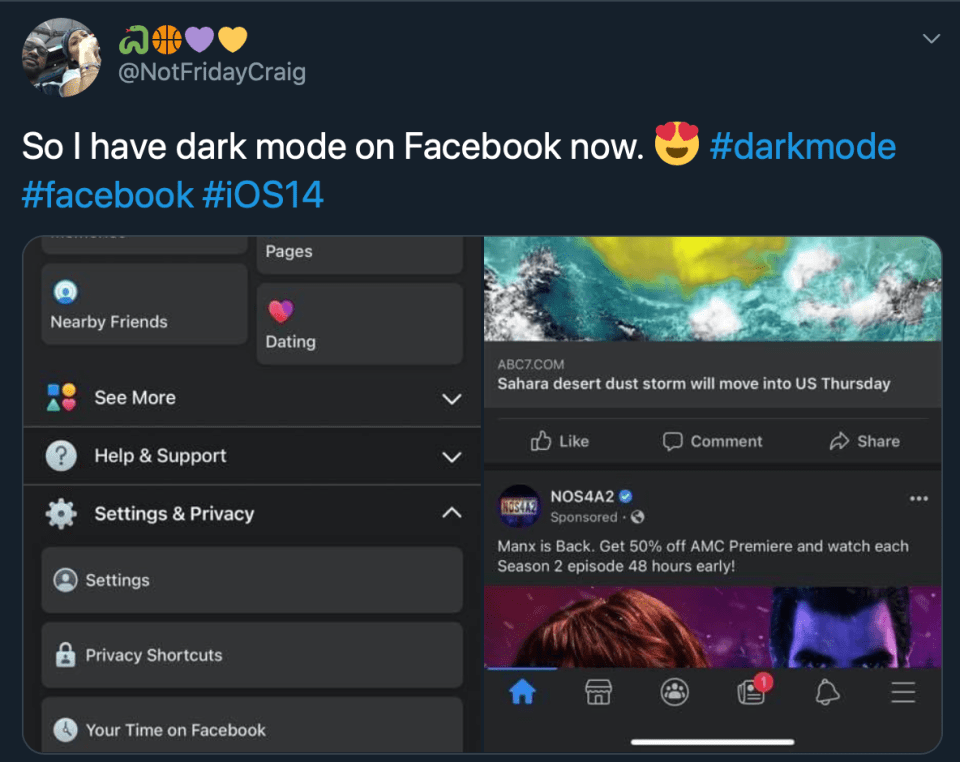 US Marines’ new weapon can electro...

Neanderthals could speak and h...