ELON Musk’s Tesla Roadster has just passed Mars after he blasted it into space back in 2018.

The car features a mannequin passenger called Starman who sits behind the steering wheel.

SpaceX tweeted: “Starman, last seen leaving Earth, made its first close approach with Mars today — within 0.05 astronomical units, or under 5 million miles, of the Red Planet.”

Elon Musk wanted to send his own personal car into space.

The cherry red Tesla Roadster has the message “Don’t panic!” emblazoned on the dashboard.

After initially surviving a five hour journey through the Van Allen Belt – an area of high radiation – the car is embarked on a journey through space that could last a billion years and take it as far as 250 million miles from Earth – the same as a trip around the equator 10,000 times.

Musk wanted the stunt to generate interest in SpaceX and said “silly and fun things are important”.

According to the Where is Roadster? website, Starman is around 38 million miles from Earth.

Starman was launched with music playing in each ear.

The Where is Roadster? website revealed: “If the battery was still working, Starman has listened to Space Oddity 264,803 times since he launched in one ear, and to Is there Life On Mars? 356,811 times in his other ear.”

The vehicle orbits the Sun around once every 557 days.

That means another Mars flypast should happen again someday and Where is Roadster? will continue to track the progress.

In other news, four Nasa astronauts will board a Crew Dragon spacecraft on October 31 on a trip to the International Space Station

The US Space Force will one day send humans into space and could set up its own Moon base staffed by robots, a US General has confirmed.

Do you track Starman’s movements? Let us know in the comments… 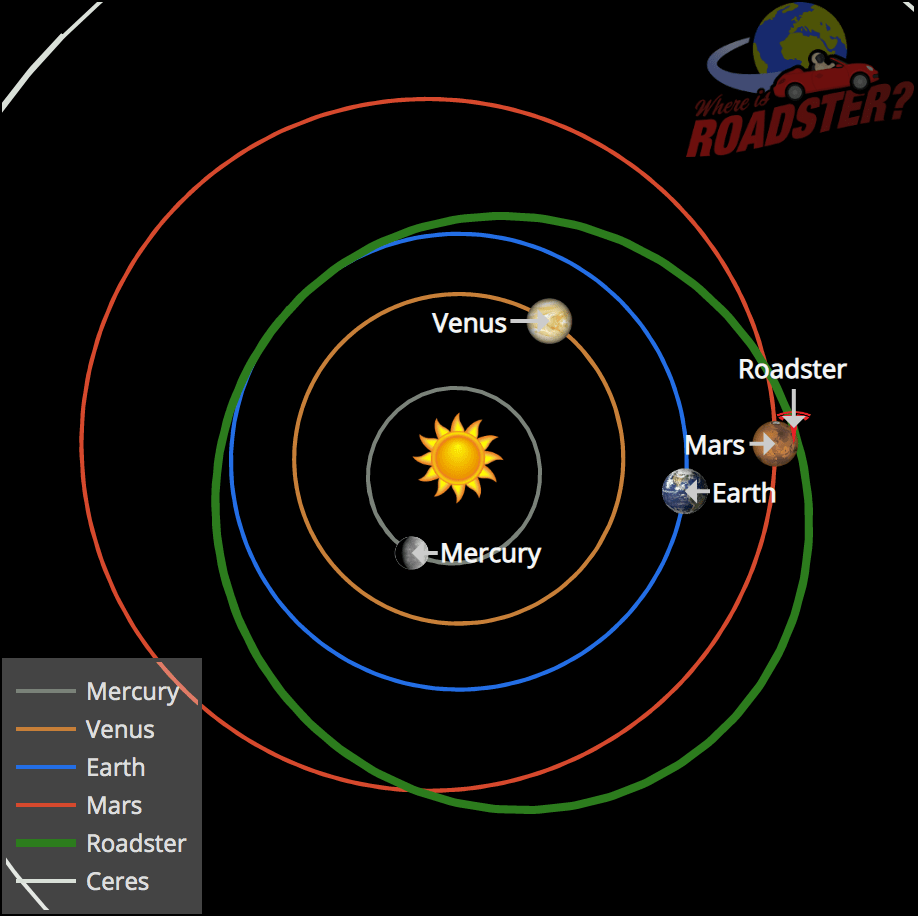 'Right from the beginning he...