ELON Musk has seen his wealth skyrocket thanks to Tesla being accepted onto a stock market index yesterday.

The SpaceX and Tesla CEO has amassed $15billion (£11.3billion) on top of his already hefty fortune. 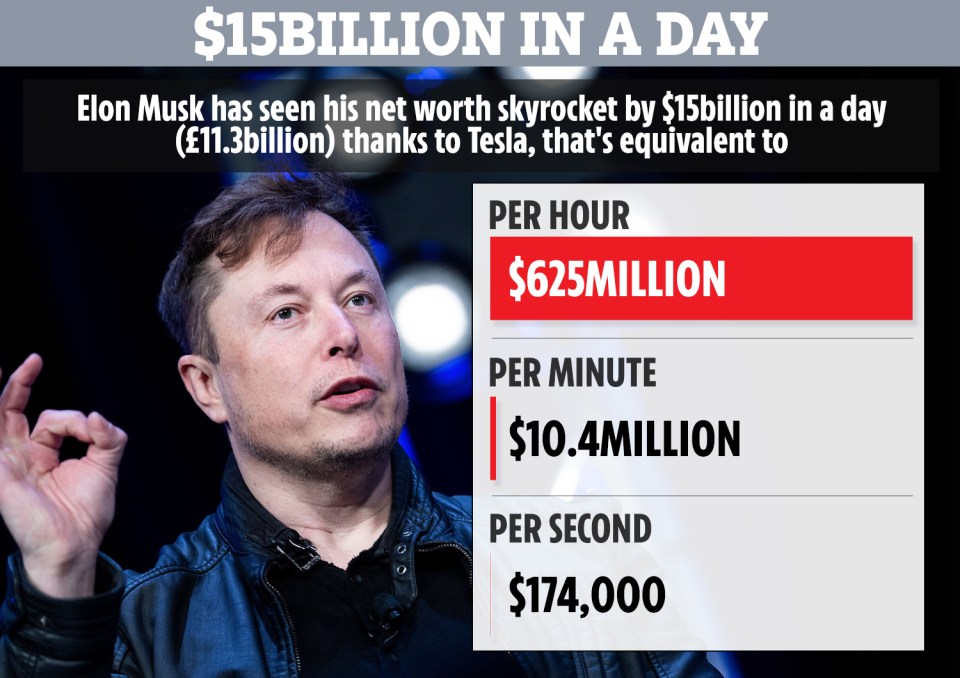 That means Musk now has a net worth of around $117.5billion, according to the Bloomberg Billionaires Index.

It’s all thanks to Tesla being accepted on the S&P 500, a major US stock market index.

Tesla’s share prices surged thanks to the news and Musk has a hefty 20% stake in his company.

This happened on Monday, shortly followed by SpaceX sending four astronauts to space.

His surge in wealth is due to Tesla[/caption]

As well as looking set to become the world’s third richest person, Musk also tested positive for Covid-19 over the weekend.

It’s thought that he only has a mild case of coronavirus.

He tweeted to say his symptoms were like a “a minor cold.”

You may think $15billion is very impressive but Musk has made $90billion this year as Tesla’s share prices have risen.

The car firm has a stock market value of over $400billion, despite only making around 140,000 cars a year.

Tesla will officially be included on the S&P 500 on December 21.

Who is Elon Musk? 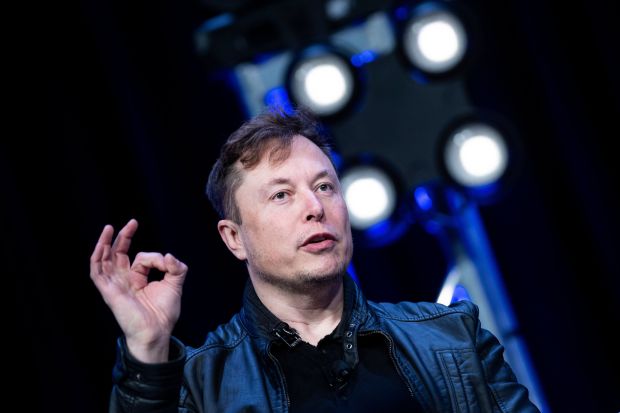 Elon Musk was born in Pretoria, South Africa in 1971.

As a 12-year-old child he taught himself computer programming and sold the code of a video game to a PC magazine for $500 (£300).

At 17, he moved to Canada to study, before gaining two degrees in physics and business at the University of Pennsylvania.

At the age of 24 he moved to California to start a Ph.D. in applied physics and material science at Stanford University – but left the programme after just two days to pursue other projects.

His stated aim is to reduce global warming and save humans from extinction by setting up a colony on Mars.

The billionaire inventor is also working on the world’s largest lithium-ion battery to store renewable energy.

In other space news, space debris threatens to trap humanity on Earth.

Our Solar System used to have an extra planet that ‘escaped’, according to new research.

Are you impressed with Musk’s fortune? Let us know in the comments…