That insane amount of money is still around half of Amazon boss Jeff Bezos’s net worth but it’s very impressive for Musk who has earned $73billion since January. 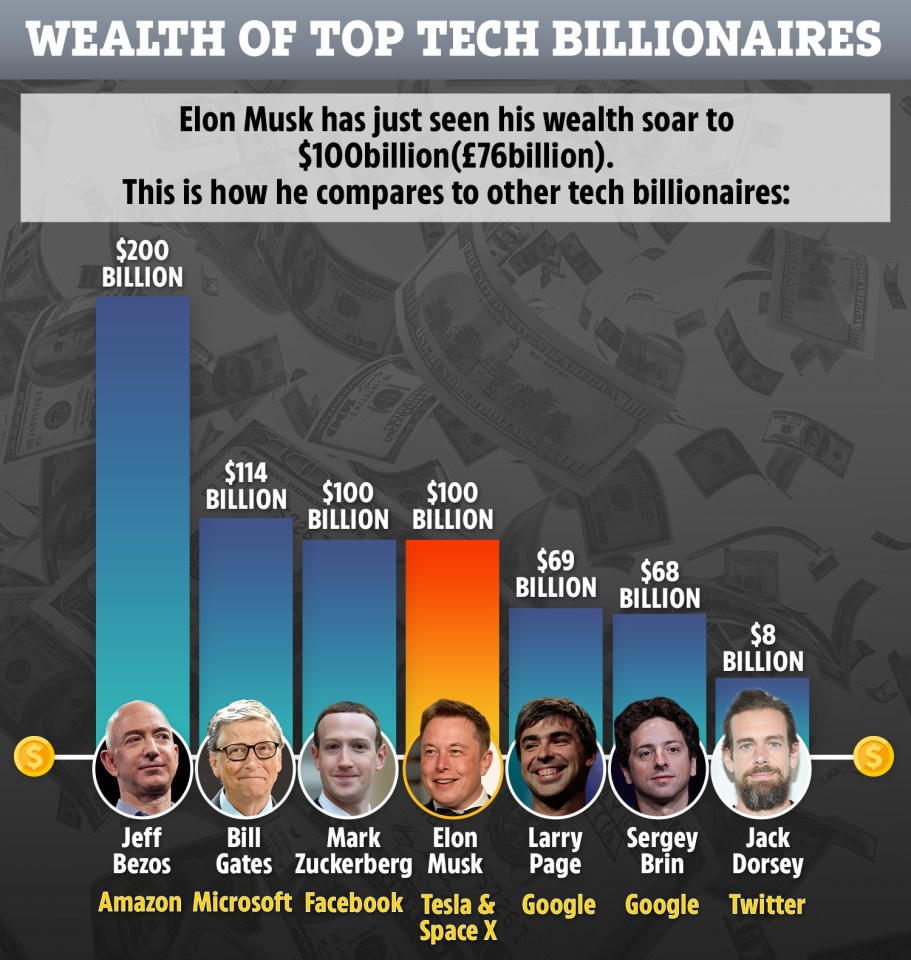 Musk is currently working on the infamous Starlink satellite network[/caption]

Musk has been making headlines recently as he takes on challenges in space with his company SpaceX.

He’s also well known as the CEO of Tesla.

At the same time, rival billionaire Bezos is now said to be worth $200billion (£1.5billion).

Musk’s 40.4 million Tesla shares are said to account for $87billion worth of his fortune.

Microsoft’s Bill Gates and Facebook’s Mark Zuckerberg are also worth over $100billion.

And, Billionaire Sir Richard Branson will rocket into space aboard a Virgin Galactic spaceship next year, the company has announced.

Are you shocked by Musk’s wealth? Let us know in the comments…