ELON Musk’s rocket-blasting firm SpaceX is getting its own Netflix show.

The Musk-led company’s mission to put civilians in space will be the focus of a brand new documentary.

And it will air on Netflix in five parts, kicking off with two episodes on September 6 – followed by another two on September 13.

It will cover the build up to SpaceX’s civilian trip to space, first revealed by billionaire Musk back in February.

The launch is due to take place on September 15, although these dates can change last minute.

SpaceX will be using its Crew Dragon capsule and the Starship rocket.

A fifth and final episode documenting the launch itself is expected to air before the end of September.

The mission will see four civilians launched into space for a three-day trip orbiting Earth.

One of the civilians on board is Jared Isaacman, who heads up Shift4 Payments.

Isaacman is trying to use the mission to raise $200million for St Jude Children’s Research Hospital – and has already donated $100million to the cause.

He’ll be joined by engineer and US Air Force vet Chris Sembroski, professor and previous Nasa astronaut candidate Sian Proctor, and Hayley Arceneaux, a cancer survivor and physician assistant at the research hospital.

It’s unclear if Elon Musk will actually appear in the documentary.

But it’s still a big win for the billionaire, whose SpaceX firm will be centerstage for the scientific spectacle.

Musk will be hoping that the document racks up more interest in civilian flights to space through SpaceX.

The firm is competing with rivals – including Richard Branson’s Virgin Galactic and Jeff Bezos’ Blue Origin – for dominance in the brand new sector of commercial space travel.

All three hope that the price will eventually come down for civilian trips to space.

But for now, it remains inaccessible to all but a few.

Countdown is being directed by Jason Hehir, who also helmed The Last Dance, Andre The Giant, The Fab Five, and The ’85 Bears.


Very has 5k PS5 consoles in stock NOW as Smyths, EE & Asda all sell out 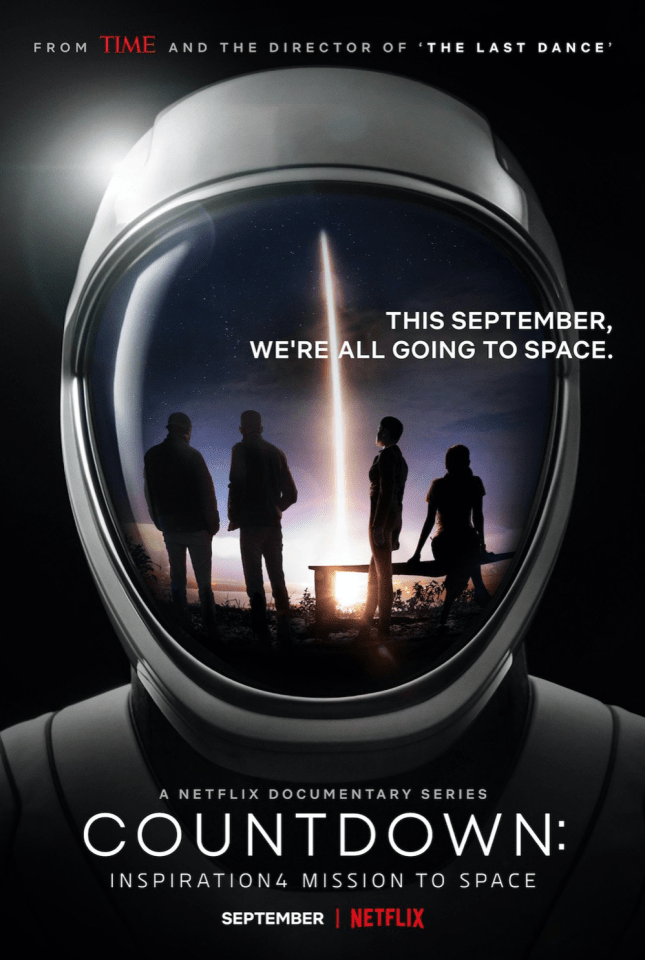