AN ANCIENT burial ground containing over 1,500 bodies squashed into circular graves has been discovered in Japan.

The graveyard is located in the city of Osaka and dates back to the Edo period, which spanned from the start of the 1600s to the mid 1800s.

The Edo period saw Japan ruled for hundreds of years under a feudal military government called the Tokugawa shogunate.

The Osaka City Board of Education and the Osaka City Cultural Heritage Association have been excavating the area where the graveyard was found since 1991.

Osaka City said in a statement: “The remains excavated, including human bones, are currently in the process of being sorted and analyzed.

“In addition to humans, animals are also buried in the cemetery, with more than four piglets in the northern part of the cemetery and two horses in the southern part.

“A cat bone contained in a skeleton has also been found.”

The graveyard is thought to be the city’s “Umeda Tomb” or “Umeda Graves”, one of seven historical burial sites said to be under the city.

There are plans to construct new buildings on the site[/caption]

The site is located near a major station, making it the Japan equivalent of finding a large burial ground next to Grand Central Station in New York or King’s Cross in London.

It appears to have been a burial ground for commoners due to the lack of grave goods found.

The bodies will need to be relocated[/caption]

Each circular grave has several bodies bent into a single hole.

Mass burials like this suggest the people all died around the same time during a natural disaster or a pandemic.

The burial ground was found near a major station[/caption]

The skeletons were found during development work in the Japanese city and plans are still going ahead to build skyscrapers on top of the burial ground.

The ancient bodies will likely be gathered and reburied in a different location.

In other archaeology news, monkey skeletons have been dug up at a 2,000-year-old animal cemetery near the Red Sea in Egypt.

And, the earliest art ever created on the British Isles has been discovered – dating as far back as 23,000 years ago.

Are you creeped out by this mass grave discovery? Let us know in the comments… 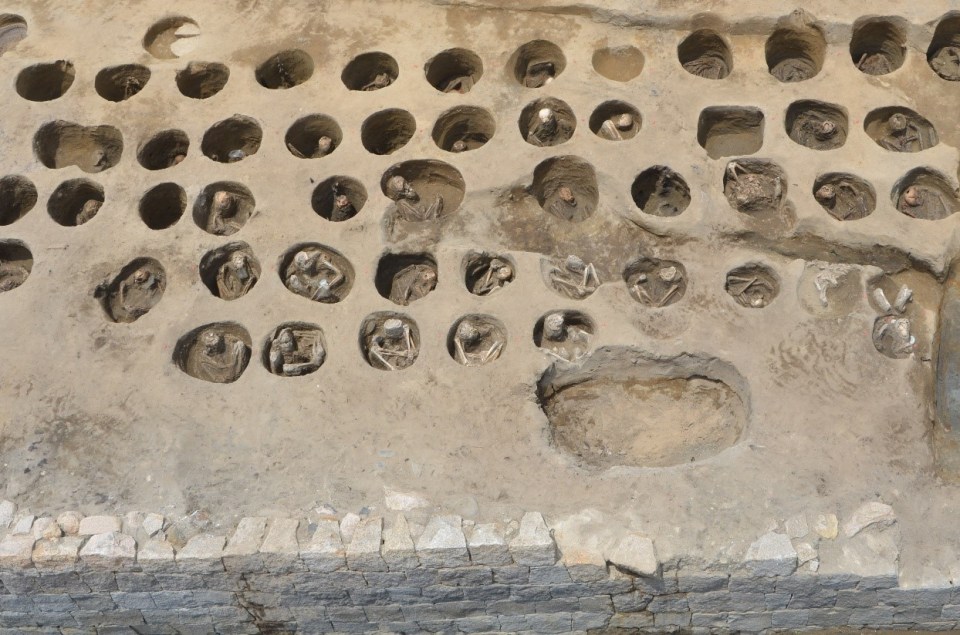