NEW driverless trucks could be ferrying goods on our motorways by 2021.

The trucks don’t have cabs at the front meaning no steering wheel or pedals.

Einride has been teasing a reveal event for its latest design and it’s happening later today on its YouTube channel.

AET is the latest offering from Einride but the company is also behind the cab-less T-Pod, some of which ferry around products for food firm Oatly.

Einride claims its vehicles could ““reduce transport costs by up to 60 percent and CO2 emissions by a staggering 90 percent”.

For the outside the AET looks a lot like a futuristic white bus.

The aim is for it to be driverless but they can be controlled by a human from a remote location.

The new design is said to be more aerodynamic than previous versions and comes in four different variations.

The AET 1 and AET 2 designs have top speeds of 18 miles per hour and weigh 26 tons but can carry an additional 16 tons.

AET 4 is the only one designed for highway driving.

The AET 3 is supposed to be for rural settings and the others are for more controlled situations.

Einride CEO Robert Falck said: “So for example if a customer orders a Pod with AET 3 capability, it is able to operate in closed facilities (AET 1 – Fenced), on nearby delivery routes (AET 2 – Nearby), and on back roads between destinations at speeds up to 45 km/h (AET 3 – Rural).

“Every Pod, regardless of AET level, is capable of SAE level 4 autonomous drive and able to be remotely operated when necessary.

“In terms of tech features, each Pod will be nearly identical, with some different hardware and software configurations depending both on unique customer needs and operational domain demands.

An earlier design is seen on display here[/caption]

“That means an electric drivetrain, proprietary telematics hardware that interfaces with the freight mobility platform, and autonomous drive hardware such as LIDAR, cameras, and sensors on each Pod.”

Einride will need regulatory approval before its driverless vehicles can start appearing on our roads.

They might face some backlash from human drivers and the estimated 2.5 million human truck drivers in the US.

In other news, a robot brickie is to build a home from scratch in what is thought to be a world first.

And, a deadly drone that can fly inside buildings and take out enemies with a mounted shotgun has been developed by the UK military.

What are your thoughts on driverless vehicles? Let us know in the comments… 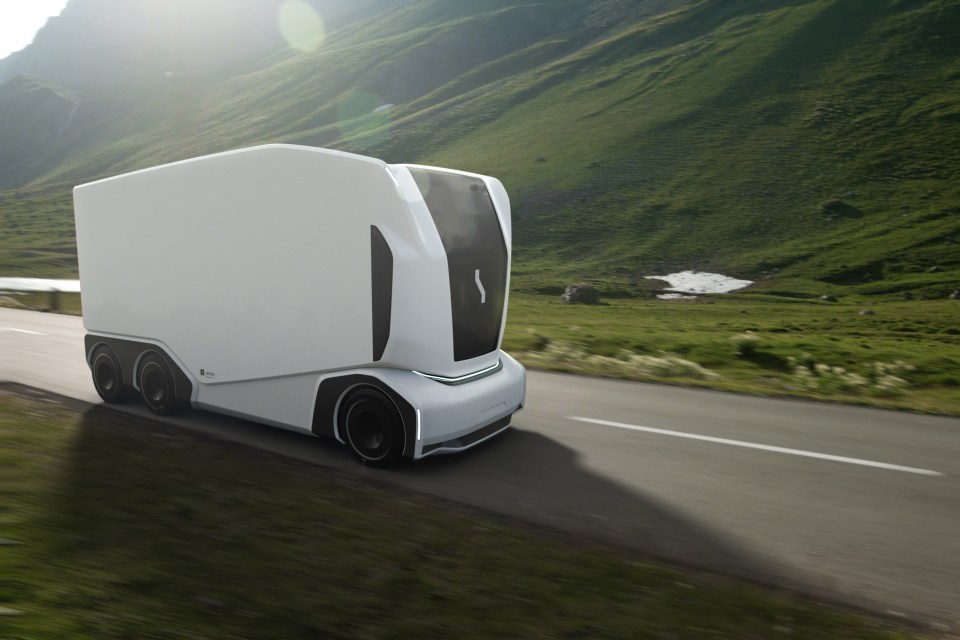