Close
Trending News
HomeTechEarliest artwork EVER made on British Isles could date back 23,000 years – created during the last Ice Age

Earliest artwork EVER made on British Isles could date back 23,000 years – created during the last Ice Age

Earliest artwork EVER made on British Isles could date back 23,000 years – created during the last Ice Age

THE EARLIEST art ever created on the British Isles has been discovered – dating as far back as 23,000 years ago.

It means that prehistoric British societies were creating artistic designs as far back as the late Ice Age.

The impressive find was made at a prehistoric site on Jersey, known as Les Varines.

It’s believed that they were created by the Magdalenians – an early hunter-gatherer culture that dates between 23,000 and 14,000 years ago.

The era is know for a “flourishing of early art” – and these fragments are believed to be the earliest example of such a creation. 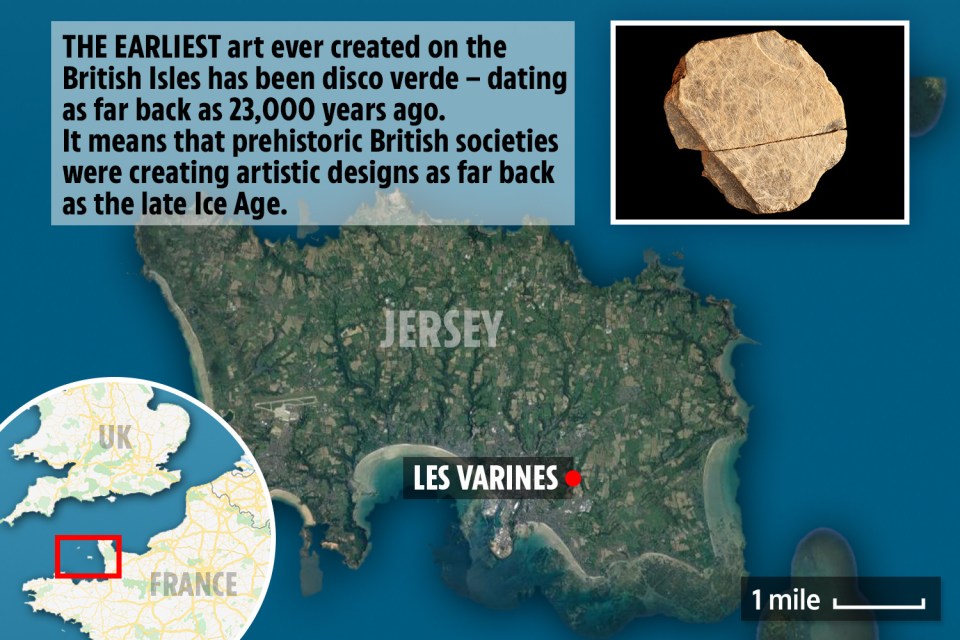 These strange designs were etched onto rock, apparently for symbolic purposes.

“Many of the lines – including the curved concentric designs – appear to have been made through layered or repeated incisions,” said Dr Silvia Bello, a researcher at London’s Natural History Museum.

“Suggesting that it is unlikely that they resulted from the stones being used for a functional purpose.

“The majority of the designs are purely abstract, but others could depict basic forms such as animals, landscapes or people.

“This strongly suggests that the plaquettes at Les Varines were engraved for purposeful artistic decoration.”

Magdalenian artwork isn’t new: etched plaquettes have been found at sites in France, Spain and Portugal.

And Magdelanian settlements existed right up into north-west Britain.

But researchers say no similar examples of artistic expression have been found in the British Isles from such an early date.

“These engraved stone fragments provide exciting and rare evidence of artistic expression at what was the farthest edge of the Magdalenian world,” said Dr Chantal Conneller, a senior lecturer at Newcastle University.

“The people at Les Varines are likely to have been pioneer colonisers of the region.

“And creating engraved objects at new settlements may have been a way of creating symbolic relationships with new places.”

Archaeologists made the stunning discovery in Jersey[/caption]

Analysis of the stones revealed that the plaquettes were engraved with groups of fine lines.

They’re believed to have been purposefully made using stone tools.

And they were made up of straight parallel lines, combined with longer curved incisions.

It’s theorised that the two types of marks were produced using the same tools – and possibly the same engraver – in short succession.

“The plaquettes were tricky to pick apart from the natural geology at the site – every stone needed turning,” said Dr Ed Blinkhorn, of University College London.

“Their discovery amongst hearths, pits, paving, specialist tools, and thousands of flints shows that creating art was an important part of the Magdalenian pioneer toolkit, as much at camp as within caves.”

The stones were discovered at the Les Varines site in the south-east of Jersey.

Around 10 fragments were found in an area thought to have been used as a hearth.

Three of these fragments were recovered from an area of granite slabs – which may have been used as paving.

The details of this discovery were published in the PLOS ONE journal.

Researchers were working as part of the Ice Age Island project, funded by Jersey Heritage, the British Academy, the Society of Antiquaries, and the British Museum.

In other news, archaeologists may have found the battleground “where England was born”.

The complete skeletons of a woman and child have been found at the Tower of London.

An eerie mass grave filled with bodies butchered by Mongol invaders was recently uncovered in Russia.

And, we’ve rounded up some of the most brutal ancient burial sites ever discovered.

What do you make of this ancient artwork? Let us know in the comments! 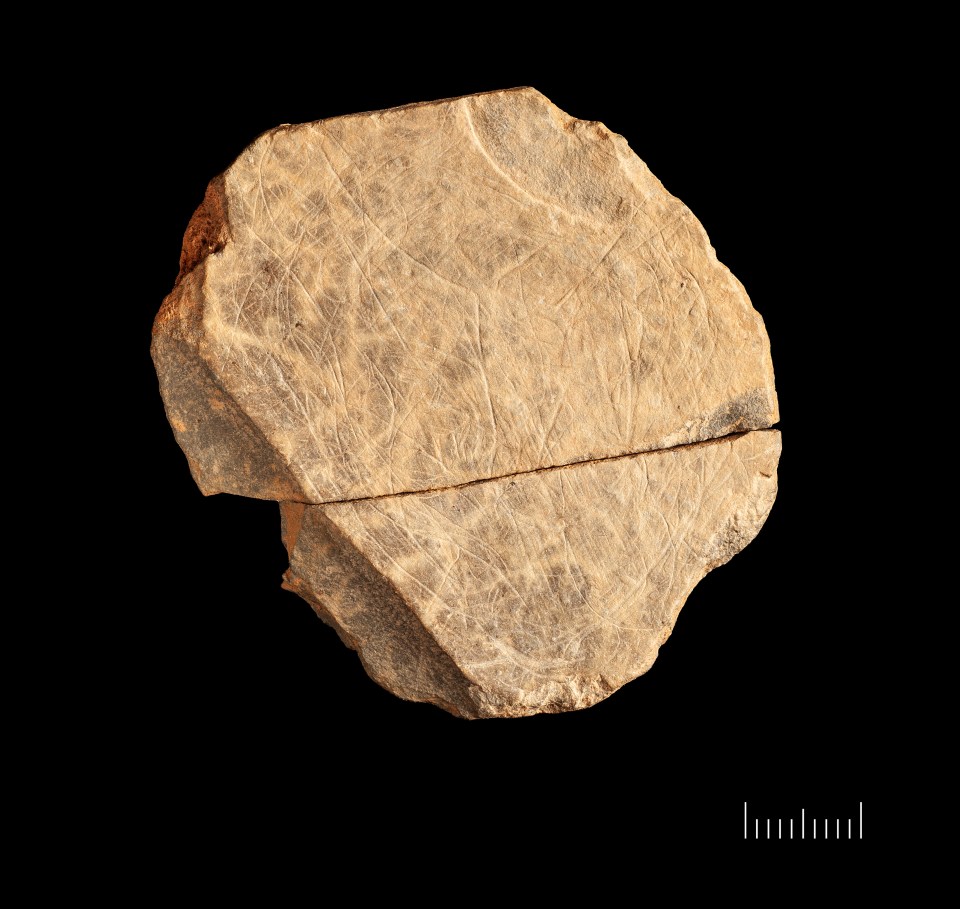