A MASSIVE star in a distant galaxy has baffled astronomers by disappearing without a trace.

Scientists have been observing the star for decades as it was in the late stages of its lifespan meaning a huge supernova explosion could happen.

It was observed shining brightly between 2001 and 2011 but 2019 data revealed its absence.

Confused by how such a big star could mysteriously disappear, scientists looked back at data from 2016 and found the star was also missing back then.

Somehow, it seems to have disappeared sometime after 2011.

Now, scientists are wondering whether the star skipped the supernova stage, previously thought to be a necessary step in the end of a star’s life.

The star used to be detectable in this galaxy[/caption]

Instead, they think it could have just collapsed into a black hole.

Astrophysicist Andrew Allan said: “If true, his would be the first direct detection of such a monster star ending its life in this manner.”

Scientists used to be able to detect the huge star in the Kinman Dwarf galaxy, 75 million light-years away in the Aquarius constellation.

We don’t currently have the technology to observe individual stars at this distance but scientists used to be able to pick up light signatures for the luminous blue variable star in question.

These stars are known supergiants or sometimes even hypergiants that are approaching the end of their lifespan.

This makes them extremely unstable and bright, with constant changes in brightness expected.

Early observations suggested the star was 2.5 to 3.5 million times as bright as the Sun.

This is what makes the star suddenly disappearing without even a trace of a supernova very strange.

Researchers have come up with two possible explanations for the mystery disappearance.

The first is that the star has dimmed and is now shrouded in a huge cloud of dust made from its own eruptions.

In the second scenario, the star went through its final death throws and collapsed into a black hole.

We can’t rule out that the massive star underwent an undetected supernova but it’s highly unusual that it wouldn’t leave an after glow for years to come.

Astrophysicist Jose Groh said: “We may have detected one of the most massive stars of the local Universe going gently into the night.”

This study has been published in the Monthly Notices of the Royal Astronomical Society.

In other news, Nasa has released a hypnotic time-lapse video of the Sun.

Are you an avid stargazer? Let us know in the comments… 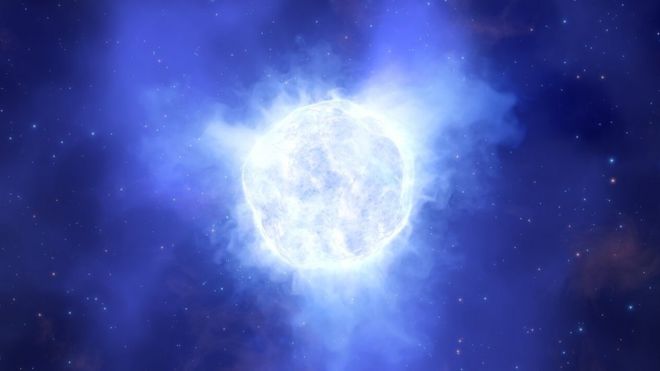