Close
Trending News
HomeTechDinosaurs WERE wiped out by giant killer asteroid and not mega-volcanoes, scientists reveal

Dinosaurs WERE wiped out by giant killer asteroid and not mega-volcanoes, scientists reveal

Dinosaurs WERE wiped out by giant killer asteroid and not mega-volcanoes, scientists reveal

DINOSAURS were wiped off the Earth by an asteroid, and not volcanic activity as some theories suggest, new research shows.

The space rock struck off the coast of Mexico 66million years ago, annihilating 75 per cent of plants and animals – including the dinosaurs.

Scientists have long pondered over what caused the mass extinction event that effectively ended the Cretaceous era.

Most believe an asteroid was the culprit, but some have suggested that tens of thousands of years of volcanic eruptions may have been the actual cause.

Brit researchers have now shown that only the asteroid impact could have created conditions that made the planet uninhabitable for dinosaurs.

They also suggest the massive volcanism could also have helped life recover from the asteroid strike in the long-term.

“In contrast, the effects of the intense volcanic eruptions were not strong enough to substantially disrupt global ecosystems.

“Our study confirms that the only plausible explanation for the extinction is the impact winter that eradicated dinosaur habitats worldwide.”

Research suggests the asteroid strike would have released ash and debris high into the atmosphere, blocking out the Sun for years and causing permanent winters.

The history of our planet in a nutshell…

Volcanic eruptions also produce particles and gases with Sun-blocking effects, and around the time of the mass extinction there were tens of thousands of years of eruptions at the Deccan Traps, in present-day India.

To determine whether the asteroid or volcanism had more climate-changing power, researchers have traditionally used climate data and computer models.

In the new paper they combined these methods with information about what kinds of environmental factors, such as rainfall and temperature, each species of dinosaur needed to thrive.

They then mapped where these conditions would still exist in a world after either an asteroid strike or massive volcanism. 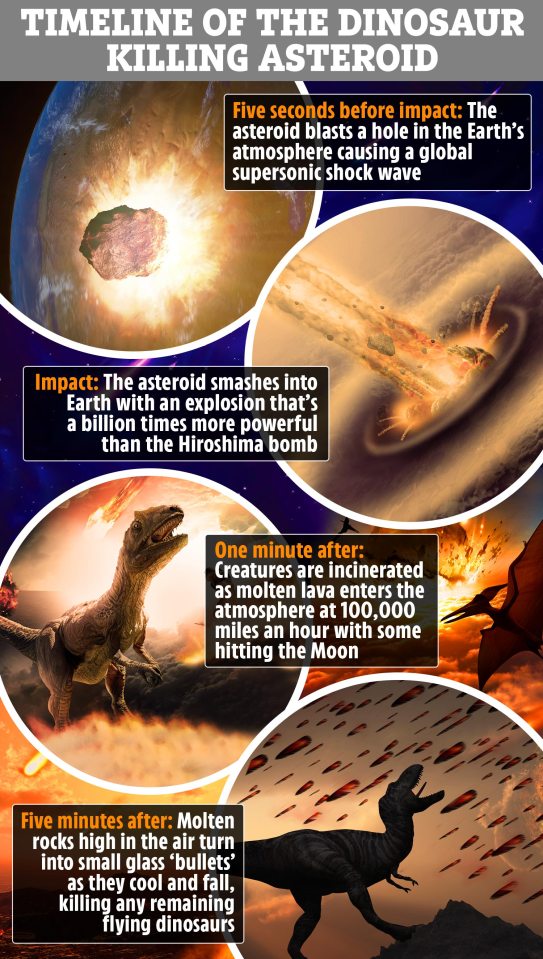 The team found that only the asteroid strike wiped out all potential dinosaur habitats.

Volcanism left some viable regions around the equator, the study published in Proceedings of the National Academy of Sciences suggests.

Co-author Dr Philip Mannion, from University College London, added: “We added a modelling approach to key geological and climate data that shows the devastating effect of the asteroid impact on global habitats.

“Essentially, it produces a blue screen of death for dinosaurs.”

In other news, scientists recently found the first evidence of T-Rex style carnivorous dinosaurs in Australia.

A new species of dinosaur known as the “Reaper of Death” was identified in February.

And, a dinosaur with a star-like skull which lived 75million years ago has been named after David Bowie.

What’s your favourite dinosaur? Let us know in the comments! 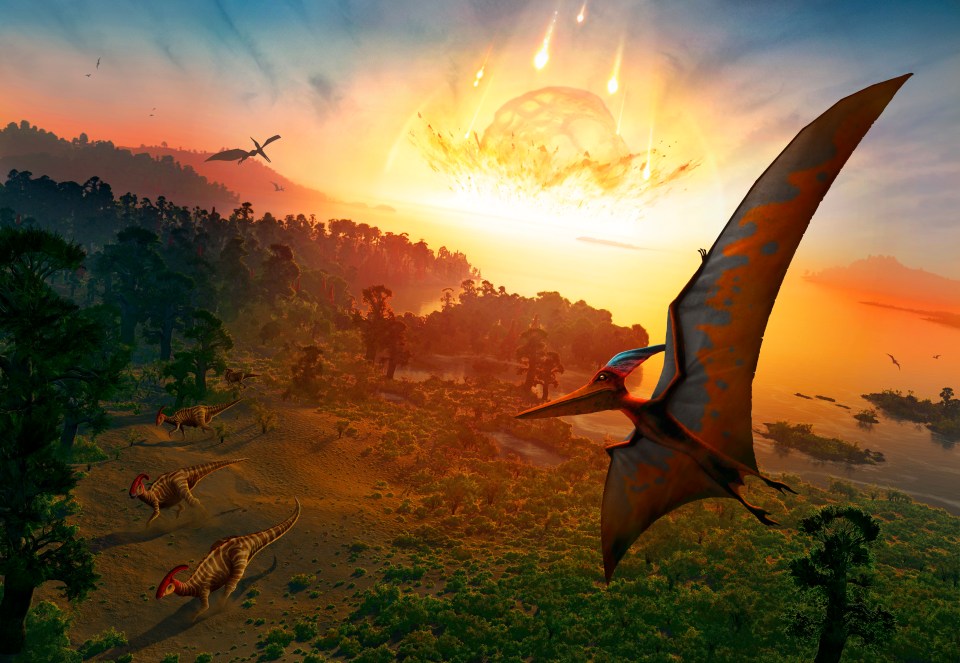