GAMES are better and more beautiful than ever – so ditch the console and upgrade to a proper gaming PC.

I’ve been testing Dell’s Alienware Aurora R10 Ryzen Edition and it runs like a dream.

Alienware Aurora R10 Ryzen Edition – what is it?

Everyone is talking about consoles right now – with the PS5 and Xbox Series X just over the horizon.

But PC gaming is stronger than ever and is being constantly improved, unlike consoles.

One of the best-known and longstanding PC titans is Dell’s Alienware.

Most gaming PCs you’ll see are a giant black box, maybe with a transparent side if you’re lucky.

But the Aurora R10 opts for a curvier space-age design that really stands out.

It almost looks like a Dyson fan, and comes fitted with customisable space-age lighting.

The case is surprisingly compact, given the hardware on board.

On the front you’ve got a lighting strip, the Alienware logo, a power button and a handful of ports.

The sides of the case are largely smooth, only interrupted by fan openings.

And most of the boring bits are hidden away on the back, including a hefty array of USB A and C ports, HDMI slots, ethernet ports, microphone jacks and more.

Basically, everything you’d ever need.

The desktop will look great on any respectable gaming desk[/caption]

The case can be opened up very easily, giving you direct access to all of the components.

This means upgrading parts is certainly an option – something you’ll struggle to do with a PS5 or Xbox.

The Aurora R10 starts at £979, so all iterations are powerful enough.

But the model I’ve been testing is a true workhorse, handling the most demanding gaming challenges with ease.

The chip is fast and handles workloads with ease.

And at its heart is Nvidia’s ludicrously swift GeForce RTX 2080 Ti graphics card.

It’s an absolute monster and stands as one of Nvidia’s most powerful gaming cards to date – albeit trumped by the newer 3080.

The card is powered by Turing GPU architecture, and supports real-time ray tracing.

That means it can handle the fancy lighting effects being served up by the latest games.

So how does it actually perform? Flawlessly.

You can run Call of Duty Modern Warfare in 4K at max settings, and comfortably hit 60 frames per second.

World of Warcraft maxed out at 4K is fine, pushing beyond 60fps – even during effect-dense raids.

And GTA 5 looks amazing in 4K with everything set to Ultra, with stunning lighting effects rendering beautifully.

Once again, there’s no frame rate stutter, even during intense moments.

Microsoft’s shiny new Flight Simulator is also fine maxed out – though it doesn’t improve my dodgy airplane handling one bit.

Of course, if you cycle down to QHD or Full HD resolutions on the latest games, you’ll start blasting to 120fps and beyond.

I’ve used a cheaper R10 model and the fan can be a little loud while running demanding content.

But it’s whisper-quiet on the top-end R10 I’ve been testing, even while running games at 4K.

Before I get onto benchmarks, I should mention the R10 comes pre-loaded with the Alienware Command Centre.

This lets you control the case lighting, manage overclocking and general performance, and even tweak the system’s airflow.

You’ll also get access to a rich display of performance metrics, so you can keep an eye on your machine’s hefty output.

For the unaware, benchmarks are a type of software that tests a computer.

It puts it through challenging trials and delivers a score at the end.

This lets you compare different computers to see which is more powerful.

Of course, it’s important to take them with a pinch of salt: benchmarks don’t necessarily reflect real-world usage or performance.

Graphically, it’s better than 96% of all Time Spy results.

For comparison, an office laptop earns around 971, and a gaming laptop would get something like 5,730.

So this PC is a real powerhouse.

They’re unsurprisingly big scores that demonstrate that this is an excellent all-rounder, both in terms of CPU performance and graphical heft.

Alienware Aurora Ryzen Edition review verdict – should you buy it?

There’s no easy answer to whether Alienware’s Aurora R10 is right for you.

What’s clear is that it looks great, and can offer seriously competitive performance.

Even the cheapest model still has great hardware, and the same attractive casing.

Dell’s Alienware is also a well-known and trusted brand, with plenty of years under its belt.

The fan is a little loud on cheaper models, but it’s easy enough to look past.

If you’re looking for an alternative to this year’s games consoles, the Aurora R10 won’t disappoint.

The Sun says: PC gaming at its finest, the Alienware Aurora R10 is a beautiful and powerful machine that handles the latest and most demanding games with ease. 5/5

In other news, here’s everything we know so far about the new Call of Duty. 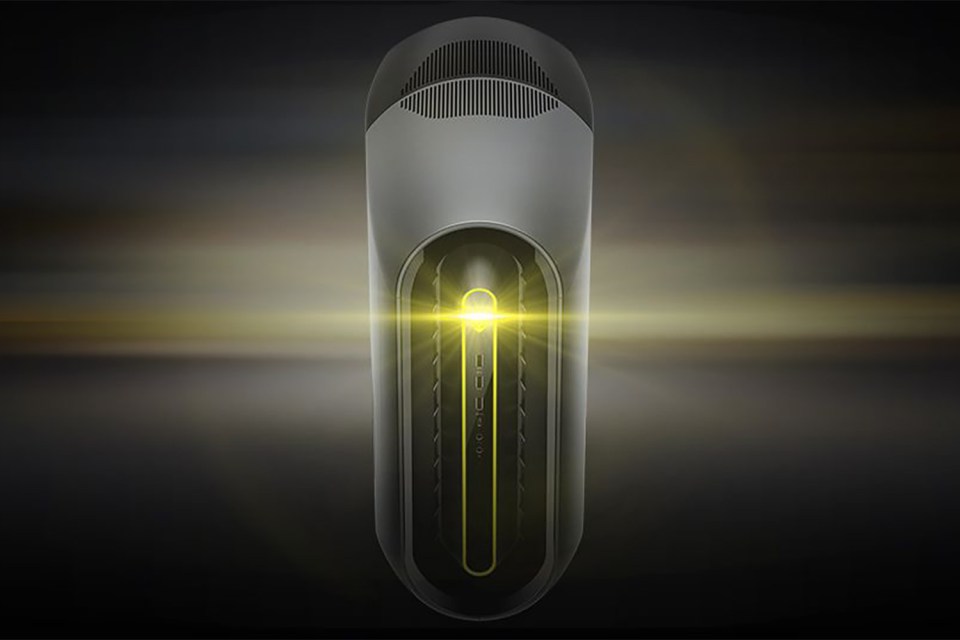