Close
Trending News
HomeTechCopy of Super Mario Bros sold for $114,000 – here are the most expensive games you might have at home

Copy of Super Mario Bros sold for $114,000 – here are the most expensive games you might have at home

Copy of Super Mario Bros sold for $114,000 – here are the most expensive games you might have at home

The rare cartridge for the Nintendo Entertainment System became the most expensive video game in history when the hammer fell on Friday.

This sealed copy of Super Mario Bros for the Nintendo Entertainment System has just sold at auction for $114,000 (£90,000)[/caption]

Sold by Texas-based Heritage Auctions, the new holder was bought by a gamer upon the legendary game’s release in 1985.

For an unknown reason he never opened the game and kept hold of it.

The cartridge sparked global interest ahead of auction as it had vintage cardboard packaging used before games were sealed with plastic wrapping.

The classic side-scroller from Nintendo came out in 1985[/caption]

The game attracted 29 bids before it was bought by an anonymous American collector when it went under the hammer.

Valarie McLeckie, video games director at Heritage Auctions, said: “The game has never been opened and it has remained in the hands of the person who bought it.

“This was an outstanding rarity for serious video game collectors.”

Rarest and most expensive video games

Here are their estimated values…

The mint-condition copy features “cardboard hangtab” packaging originally used in the US before plastic wrapping came in.

Super Mario Bros, featuring the classic characters Mario, Luigi and the villain Bowser, was the successor to the Mario Bros arcade game launched in 1983.

It is the highest selling Nintendo game of all time, selling more than 40million copies – and has also been turned into TV series and films.

In other news, find out how to tell lookalike new and old Nintendo Switch models apart.

And read our guide to the very best Nintendo Switch games.

What’s your favourite Nintendo game of all time? Let us know in the comments! 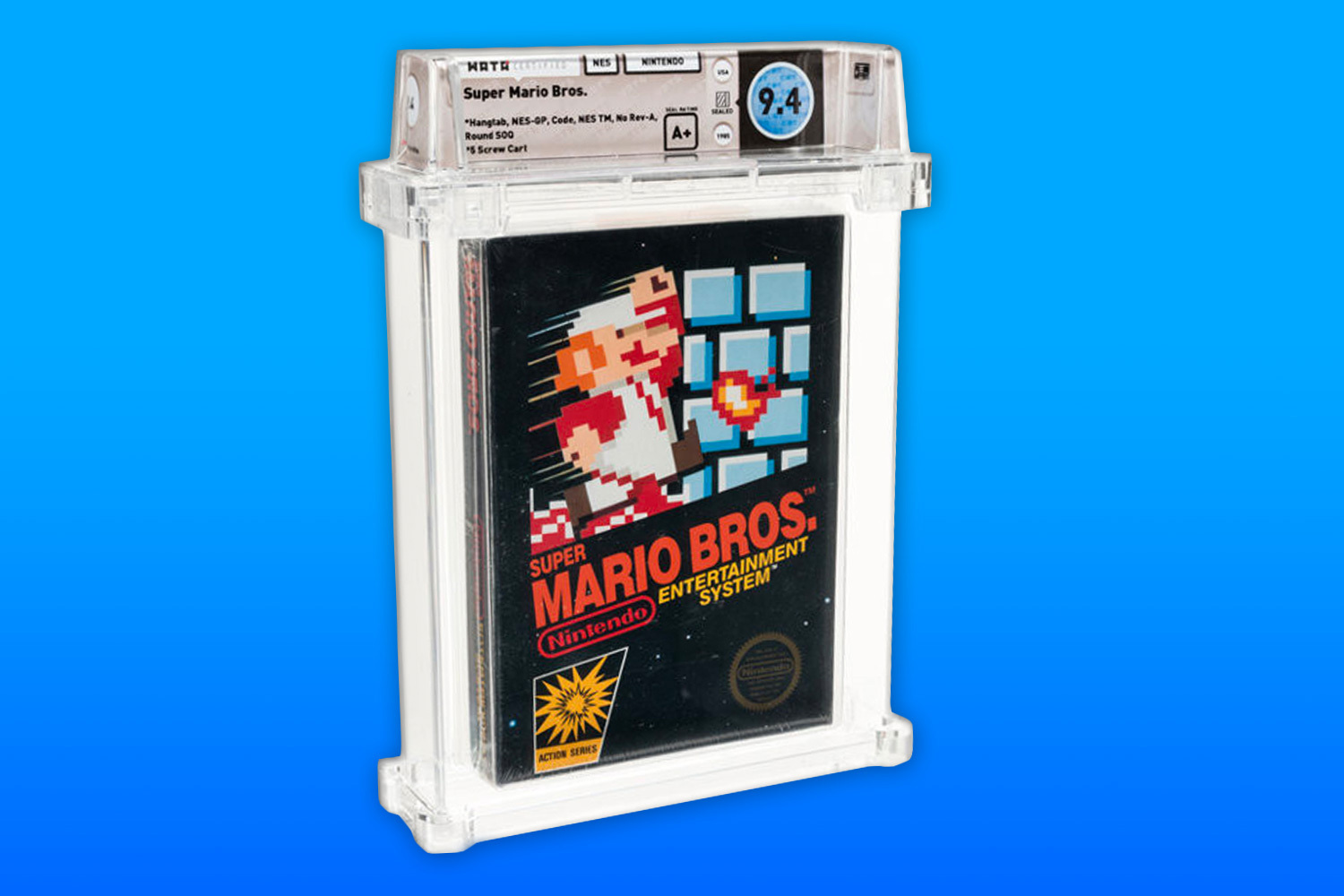