STARGAZERS in the northern hemisphere are in for a treat this month as there’s a chance to spot Comet Neowise with the naked eye.

The comet is currently heading past Earth and is set to reach its closest point on July 23. 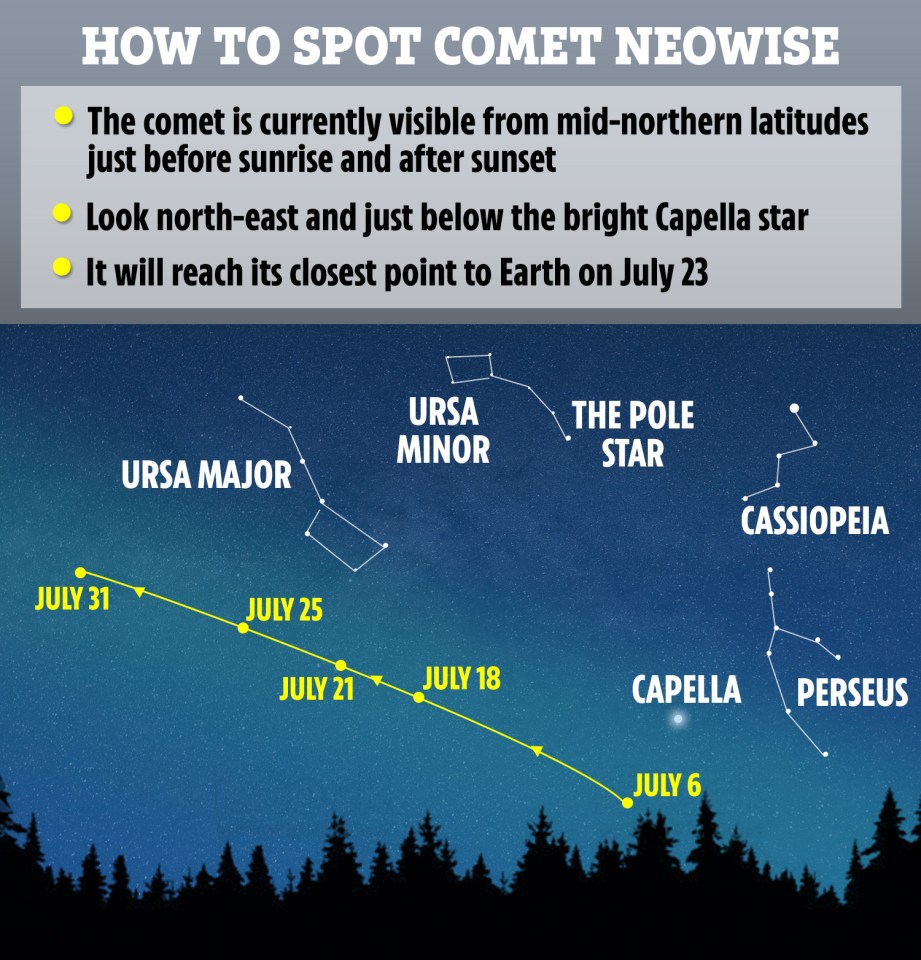 There’s a chance to see Neowise at the moment just before sunrise and after sunset.

The comet is heading westwards away from the bright star Capella.

The comet pictured over Northumberland in the UK[/caption]

It’s visible from mid-northern latitudes, including the UK and the US.

However, once it’s flown past it will head for a loop around the Sun and isn’t thought to be coming back again for around 7,000 years.

Right now, Neowise is heading into the Lynx constellation and should soon be visible all night.

Neowise is low in the sky so may be obscured by trees and other objects on the horizon.

In other space news, astronomers claim to have found a mysterious space structure spanning 1.4 billion light years across called the South Pole Wall.