A NUTTY preacher has claimed that recent sightings of a bright comet in the night sky suggest the apocalypse is upon us.

US crackpot Paul Begley told his 300,000 YouTube subscribers that comet Neowise, which is currently visible from Earth, is a signal that a huge asteroid due to fly past Earth in September will smash into our planet.

In a rambling 11-minute video posted on Saturday, Begley claimed the asteroid, named 2011 ES4 by Nasa, should be worrying people.

Nasa has confirmed ES4 will perform a close flyby on September 1, but says the space rock will safely pass at a distance of roughly 76,000 miles.

“There’s this asteroid that’s got a lot of people nervous,” Begley during his YouTube rant.

“Nasa says that a potentially hazardous asteroid is going to skim past way closer to the Earth than the Moon is.”

He added: “This thing is way too close. Is doomsday on September 1?”

The Indiana native, who is known for his frequent doomsday predictions, said the signs of our supposed doom can be found in the stars.

He claimed astronomical events like Neowise and the recent “Ring of Fire” solar eclipse prove the apocalypse is incoming.

“What about comet Neowise? How wise are you on this one?” Begley said.

“Neowise is so bright … they’re saying the nuclei is huge. There are a lot of signs in the heavens [of an impending apocalypse].”

He added: “We’ve just had a solar eclipse over the Holy Land, right over Jerusalem, which was insane.”

Comet Neowise is currently heading past Earth and is only visible from the northern hemisphere this July.

The comet was discovered in March, and will come as close as 103million km away. It’s set to reach its closest point to our planet on July 23.

Neowise is known as a naked eye comet because lots of people have reported seeing it without the need for a telescope.

Obviously, the comet is harmless and there’s no suggestion that it’s linked to any impending apocalyptic events.

While asteroid ES4 will come alarmingly close to Earth, there’s no indication that it will smash into our planet.

Bigley has made countless false doomsday predictions before, so always take his warnings with a heaping spoonful of salt.

In other space news, strange circles of radio signals have appeared in space, leaving scientists scratching their heads. 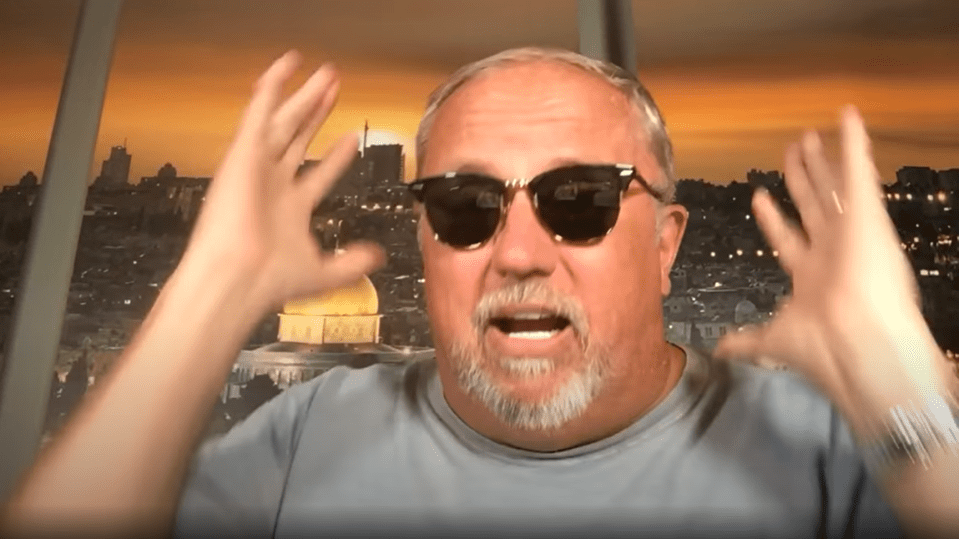