And our appetite for beige starch-rich foods — similar to modern pizza and chips — helped fuel our brains.

Experts had thought humans only developed the taste for starch much more recently, when farming was invented.

But analysing dental plaque DNA on the fossilised teeth of real-life Fred Flintstones showed researchers that meat-loving early humans and Neanderthals also chowed down on root vegetables and starchy nuts.

Prof Christina Warinner, of America’s Harvard University, said: “We’re seeing evidence of a really ancient behaviour that might have been part of the growth of the human brain.

The brain requires glucose as a nutrient source and meat alone is not sufficient.

It’s evidence of a new food source that early humans were able to tap into in the form of roots, starchy vegetables, and seeds.

“Our findings reinforce the newer view about Neanderthals that their diets were more starch-rich and cooked.”

The findings from the seven-year study were published in the journal Proceedings of the National Academy of Sciences.

Starch now makes up about 60 per cent of calories consumed worldwide. Too much starchy foods, combined with lack of exercise, is blamed for an obesity epidemic and soaring levels of type-2 diabetes. 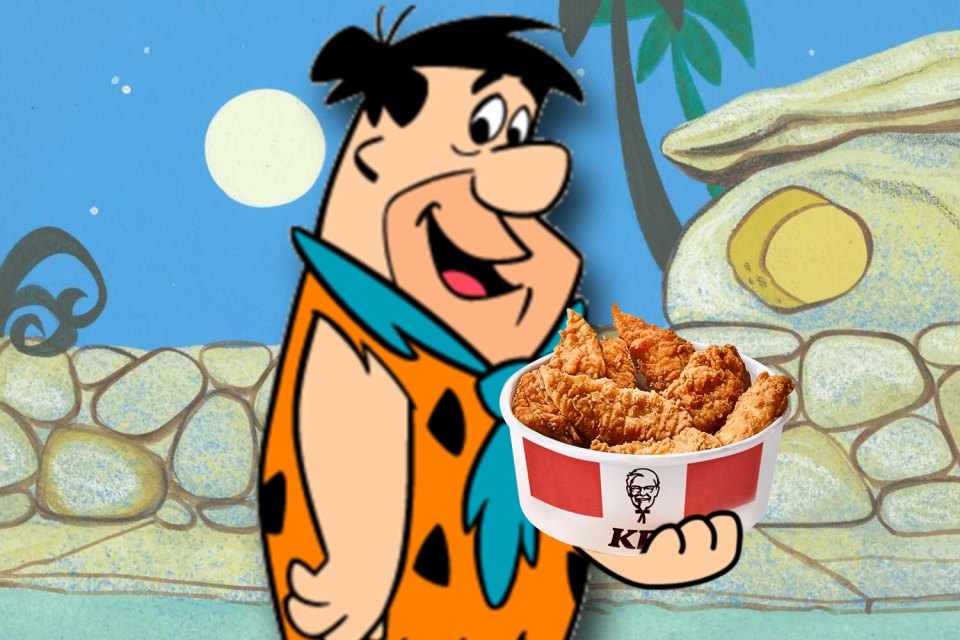