CALL of Duty Mobile’s new season is about to kick off – with new nighttime maps, modes and the living undead.

Top Youtuber and Zombies-mode expert MrDalekJD has given The Sun his top tips for fighting off the horde in Call of Duty Mobile Season 2.

Call of Duty Mobile is getting a major update[/caption]

When dropping into a Battle Royale match it’s critical to have the perfect weapon set up, and when fighting Zombies it’s no different.

When looking to take on a Zombie hot spot you’ll want to opt for a primary weapon which has a high fire rate. So any assault rifle or submachine gun will work well in this situation.

Looking at your secondary weapon, a shotgun would be my choice. You’ll be able to take down a couple of Zombies with a single shell which can be key when you’re in a tight spot!

Ensuring you know what Gunsmith you have with each weapon is also key, so when swapping between your primary and secondary weapon you know if you should prioritise hip-fire or aiming down sights.

Being mindful of your ammo count is a crucial element to surviving a Zombies attack. You never want to be entering a battle with a horde of Zombies on little ammo. So before facing the undead, always ensure your weapons are reloaded and you have enough ammo to survive the onslaught.

Knowing when to reload is also key. Reloading regularly is a good way to ensure you’re never caught out with an empty weapon in battle. The best time to reload is when you have just cleared a bigger group of Zombies and you can clearly see you have some space before the next wave approaches.

Even if you feel you have enough ammo in the current mag it’s better to be safe than sorry!

Having eyes in the back of your head when taking on Zombies is almost impossible but you always need to be mindful of your surroundings. If you are unsure where the Zombies are, they’re probably right behind you.

Zombies will appear and attack you as soon as your back is turned, so it’s important to regularly check behind you just to ensure you aren’t being ambushed.

Dying when Zombies attack from behind is one of the most common ways for players to get caught out, don’t make that mistake! 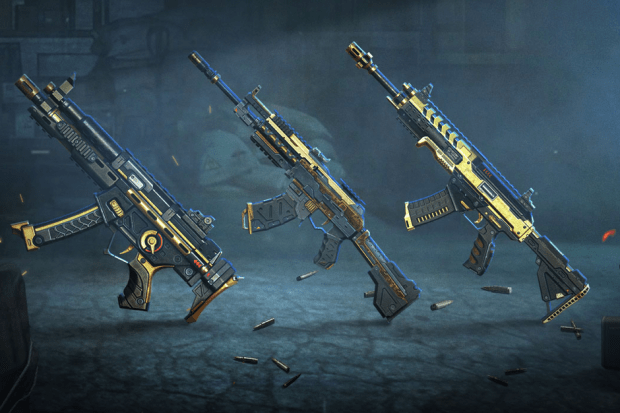 When running up to any Zombie hot spot make sure you’re taking in your surroundings. Understanding the building or area you’re about to enter is vital in ensuring a victory is the only outcome.

Know your exit routes and don’t panic when getting swarmed, clear a path for you to run through and make your escape – or turn around and dish out more destruction.

Call of Duty Mobile Season 12 is available from Wednesday, November 11.

In other news, check out our PS5 review.

And take a look at our Xbox Series X review for good measure. PS5 release date: When is next-gen...