CALL of Duty has abolished an in-game gesture over fears it’s a hate symbol.

The signal in Call of Duty: Modern Warfare caused a player’s character to hold up their hand in a commonly used “Okay” gesture.

The move involves holding one’s index and thumb together and was often used by players during online multiplayer matches to signal a win.

Used innocently by millions worldwide, it has also been described by the US Anti-Defamation League as “a sincere expression of white supremacy”.

News of the quiet removal of the gesture – or “emote” – by Call of Duty (Cod) creator Infinity Ward was reported by The Independent.

Neither Infinity Ward or publisher Activision have confirmed the reason for the gesture’s removal.

However, it’s widely believed to be part of an official campaign to stamp out racism on Modern Warfare and its spin-off game, Warzone.

“There is no place for racist content in our game,” Infinity Ward wrote on Twitter last month.

“This is an effort we began with launch and we need to do a better job.

“We’re issuing thousands of daily bans of racist and hate-oriented names. But we know we have to do more.”

White supremacist groups adopted the “Okay” gesture in 2017, according to The Independent.

The alt-right is a loosely connected far-right, white nationalist movement based in the United States that has spread across the globe.

The Okay gesture was co-opted to trick the media into a reaction, but is now used so widely that experts believe the symbol’s meaning has changed.

It was flashed by the man accused of killing 51 people at mosques in Christchurch, New Zealand, last year when he was in court.

The Anti-Defamation League (ADL) added the “Okay” gesture to its list of hate symbols in September 2019.

It’s said to be a way for alt-right supports to communicate with one another, though the gesture is largely a “popular trolling tactic”, the ADL said.

The US anti-hate group added that the “overwhelming usage” of the symbol today is still to show approval or that someone is OK.

Therefore “particular care must be taken not to jump to conclusions about the intent behind someone who has used the gesture”.

Among other changes, Infinity Ward announced last month it would add additional resources to monitor and identify racist content.

They’re bolstering in-game reporting systems and handing out more permanent bans in a bid to “root out” repeat offenders.

The Sun has reached out to Activision for comment. 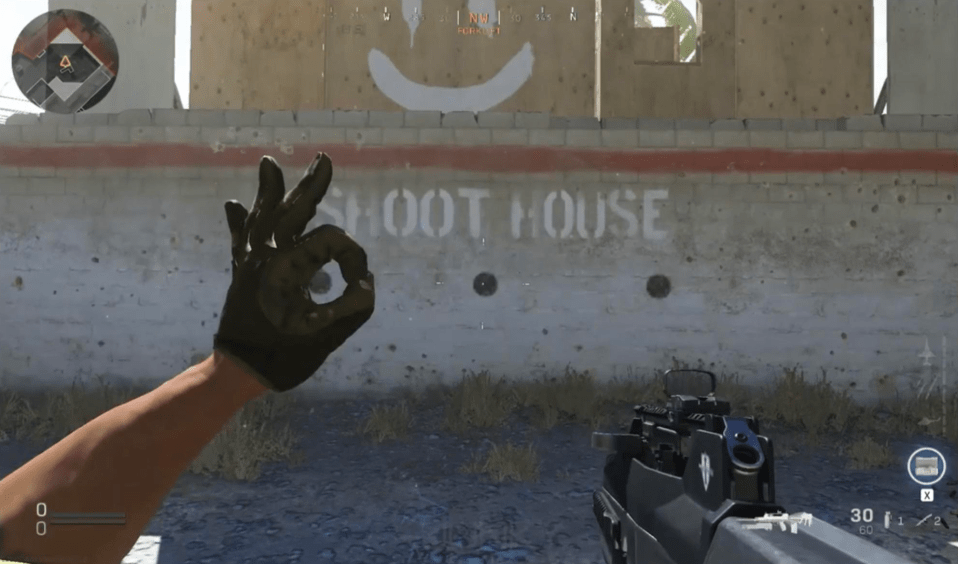