A HUGE volcanic eruption in Alaska may have resulted in the fall of the Roman Republic.

Scientists think a volcanic event 2,500 years ago triggered a global climate shock that led to widespread famine in 43 BC.

The 43 BC eruption of Mount Okmok on an Alaskan island is an event scholars refer to as ‘Okmok II’.

It’s said to have resulted in spewed ash shading the planet from solar radiation and cooling everything down.

Scientists think this caused one of the coldest Mediterranean summers over the past two millenniums.

The event occurred around the same time as Roman leader Julius Caesar’s assassination in 44 BC.

Now researchers are claiming all these factors led to the fall of the Roman Republic.

They’re basing their study on old volcanic ash, also known as tephra, found in ice cores taken from the Arctic.

“We compared the chemical fingerprint of the tephra found in the ice with tephra from volcanoes thought to have erupted about that time.

“It was very clear the source of the 43 BC fallout in the ice was the Okmok II eruption.”

The eruption wasn’t all bad news for the Roman Republic though.

Julius Caesar’s murder also resulted in a power struggle and ultimately the Roman Empire was formed and shaped the world.

One of the main differences is that the Roman Republic was headed by elected individuals whereas the subsequent Roman Empire was led by ‘dictators’.

The Roman Empire went on to become one of the most powerful that the world has ever seen.

Historians have suspected for a long time that a volcano was responsible for the extreme cold snap mentioned in ancient texts but haven’t had the evidence until now.

Last year, a recent team found a well preserved layer of ancient ice in the Arctic and decided to investigate.

Chemical analysis was used to pinpoint two eruptions, one being the Okmok II event.

Further analysis was also conducted, such as studying tree rings dating back to the time, to try and verify their findings.

The researchers concluded that, for two years after the eruption, ancient people would have experienced summers and autumns that were around 7°C colder than normal.

Conditions were also thought to be extremely wet.

All these factors fit in with ancient accounts from the time and the volcano is even being liked to strange atmospheric phenomena that were described.

Three suns appearing in the sky, the Sun darkening and solar halos were reported at the time and interpreted as omens.

This recent research has given them new meaning and could help us understand this more obscure time in Roman history.

The researchers published their study in Proceedings of the National Academy of Sciences.

A brief history of the Roman Empire


Pluto may be hiding vast ancient OCEAN that formed 4.5billion years ago

In other news, ancient remains of a suspected ‘Amazon warrior’ have been identified as a girl no older than 13 years old.

What are your thoughts on the Romans? Let us know in the comments… 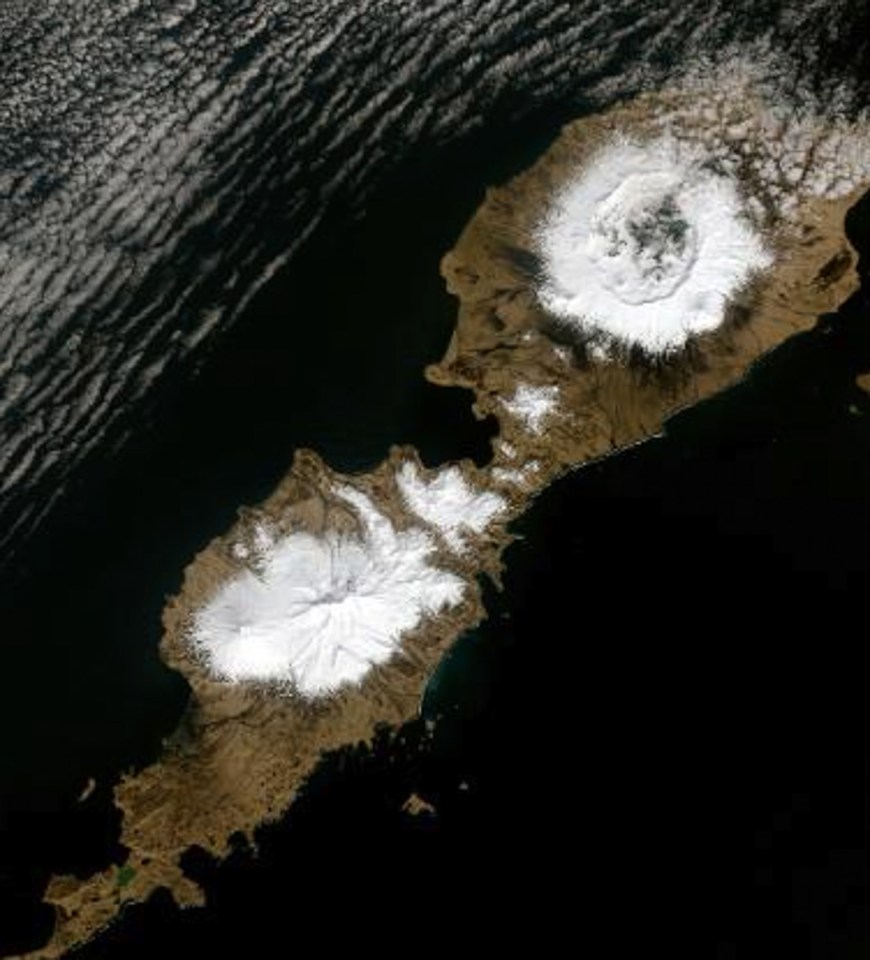 Amazing iOS 14 update is coming to...