Close
Trending News
HomeTechBrits sitting on ‘£16.5billion of old tech’ – and value could drop £3.5billion in a year

BRITS are sitting on technology worth £16.5 billion that they no longer use – and it could DROP in value by £3.5 billion over the next year.

Researchers found the typical adult has a staggering £598 worth of superfluous gadgets – simply collecting dust and cluttering their homes.

But during the past year, smart phones, computers, tablets, games consoles and wearables collectively depreciated in value by an average of 20 per cent.

Although, in that time iPhones dropped by an average of 36 per cent overall, according to industry figures from musicMagpie.

Over the past 12 months, Samsung phones such as the Galaxy S10+ also depreciated by £127 and the MacBook Pro Core i7 dropped £105.

Similarly, some tablet devices plummeted as much as £93 and some smart watches went down by £49.

The study of 2,000 adults also commissioned by musicMagpie [www.musicmagpie.co.uk/unused-tech-depreciation], found they currently own 11 unused devices on average – including laptops, games consoles and mobile phones.

But rather than sell the tech and pocket some cash, 32 per cent keep them on hand ‘just in case’.

Liam Howley, from musicMagpie, said: “There is so much tech people are holding onto that could otherwise help make them money and alarmingly, the value of it is depreciating right before their eyes.

“Mobile phones that get pushed into the back of a drawer, or games consoles gathering dust in cupboards and boxes could be worth far more if they are resold when they’re no longer in use.

“Our research has shown that not everyone is aware their tech could actually be worth something – and they think that it’s more worthwhile keeping it for a rainy day, but it’s quite the opposite.”

The study also found mobile phones are the gadgets those polled are most likely to hold on to – with the average person having at least two unused handsets at home.

And 12 per cent have as many as five or more mobile handsets lying around the house unused.

But while four in 10 hang on to old tech because they think they might one day use it, 27 per cent simply can’t be bothered to do anything with it.

A tenth hold onto old gadgets so their children can play with them, and a fifth will even keep them for the memories they hold.

As a result, 43 per cent would describe themselves as a ‘tech hoarder’ yet more than half of those polled wished they could live a more minimalist lifestyle.

More than a third even have a specific drawer or box to keep these items in as they gather dust, with the attic and bedside table popular gadget storage spots.

A lack of motivation is the main reason people across the UK don’t sort through old gadgets and gizmos, as well as not knowing what to do with unused items and a lack of time.

In fact, people are more likely to sort through the contents of their garage, organise their book shelf or clean the utility cupboard than sort through their old devices.

The study, conducted via OnePoll, also found adults would expect to keep an unused mobile phone for as long as four years before finally doing something with it, while laptops or computers will be held onto for five years.

Although nearly two-fifths had no idea they could be missing out on earning extra cash by selling their old tech or that certain gadgets will lose value if stored for years on end.

It also emerged 17 per cent have bought a new tech item in the last eight weeks to help them work from home, to stay connected to family and friends or to keep themselves entertained.

Yet 58 per cent of these adults haven’t sold the old devices they are no longer using – resulting in more clutter around the house and a wasted handful of cash for many.

And if a new model of smartphone became available, just one in 20 would trade in their existing mobile, with Brits are twice as likely to keep hold of old tech as spares than they would be to sell them online.

But 80 per cent think new tech models are released far too often while 76 per cent can’t afford to keep having the latest tech.

SOME OF THE FASTEST DEPRECIATING GADGETS

The figures indicate depreciation over the past 12 months…

As a result, 77 per cent of people wish their tech lasted longer.

Liam Howley from musicMagpie added: “It’s clear from our research that something has to change in the way that we purchase and recycle tech.

“This circular economy model sees old tech being sold back for cash, then refurbished to a high standard and sold back on for the next person to use.

“And this in-turn, reduces the mountains of e-waste going into landfills across the world, but also the landfills sitting in people’s drawers and cupboards.”

In other news, your iPhone has a hidden map of everywhere you go.

Find out how to download iOS 14 and get the latest iPhone features.

And your iPhone can now tell you if someone is listening through your microphone. 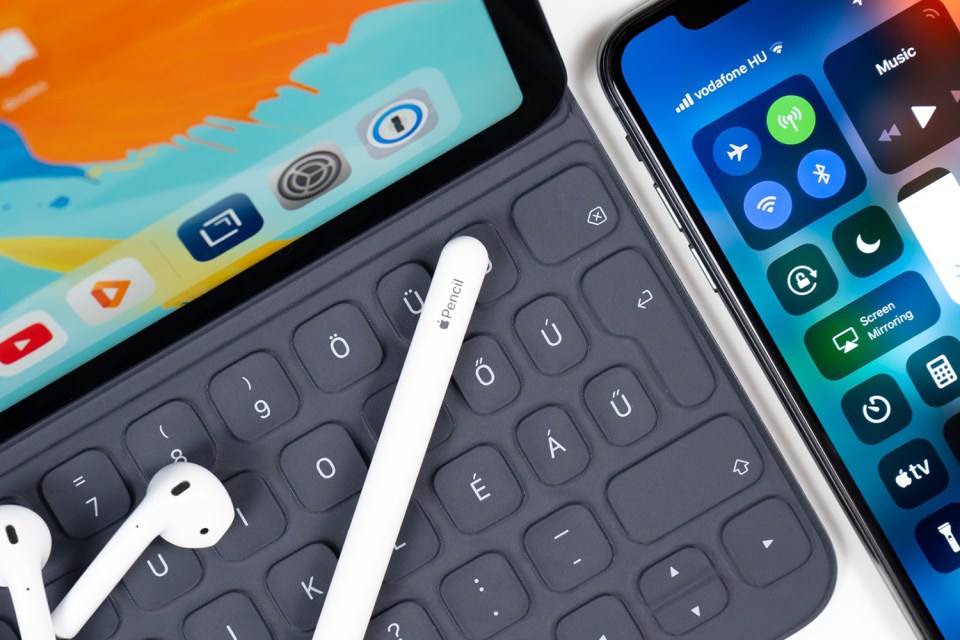