A CALL of Duty fan has stumbled upon a bizarre new way to get a tune out of his game – by playing it through a woodwind instrument.

Musical virtuoso DeanoBean hooked up his PC to a recorder and mapped the moves of his in-game character to notes on his tooter.

With a savvy bit of tech wizardry, the kooky Canadian was able to play battle royale shooter Call of Duty Warzone by simply blowing a tune, PC Gamer reports.

And in a display of sheer skill and determination, he even managed to register a kill while live streaming his efforts to his 4,000 Twitch followers.

“Let’s f**kin go!” the gamer screeched after netting the winning elimination in a Gulag match on Sunday.

Deano, who according to his Twitter profile is based in Ontario, Canada, regularly streams himself playing games using makeshift controllers.

He’s previously hooked up bongos and even an electric drum kit to his gaming setup.

It appears Deano used software to map notes on the recorder to various button presses, including movement and aiming down sights.

The unusual system resulted in some pretty clunky gameplay that was part hilarious and part difficult to watch.

It took Deano almost 90 minutes of abject failure to finally get his kill, an achievement he rightly celebrated with an expletive-ridden cheer.

The clip has garnered more than 10,000 views on Twitch.

The whacky woodwind whizz has streamed himself getting a series of impressive CoD kills using his recorder joypad in recent weeks.

He described one double-kill on Black Ops Cold War as “filthy”.

In other Call of Duty news, a pair of gamers have been accused of cheating after they smashed a world record in Warzone.

SuperEvan and TBE_Newbzz, two of the world’s best Warzone players, got an astonishing 107 kills in a Duos vs Quads match over the weekend.

That’s a whopping 22 kills higher than the previous record of 85.

After images of the walkover went viral, CoD fans began to question how the Warzone whizzes managed so many eliminations.

Some accused them of using nefarious tactics to get into matches filled with inexperienced players who wouldn’t put up much of a fight.

Warzone has been branded “unplayable” by furious players following the arrival of an ultra-deadly new gun.

The Sun’s favourite alternative to a games console is the Oculus Quest 2 VR headset.

What do you make of Deano’s musical feat? Let us know in the comments! 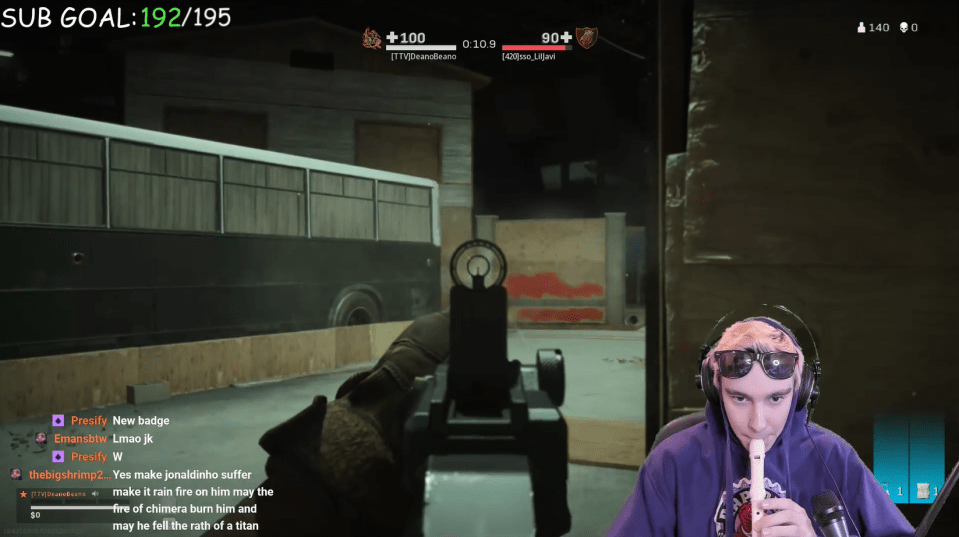