A BUGGED door that kills players instantly has been spotted in Call of Duty: Warzone Season 4.

Players of the newly released game spotted the issue and a video of it has appeared on Reddit.

Reddit user user Rxelik_. shared a clip of the issue.

They wrote: “You, Raven This Door Kills You instantly Please Fix Lmao”.

The door glitch is said to appear in the Salt Mines.

You might spot it as it has a wooden plank over it.

According to experts, it wouldn’t normally be avaliable to use anyway even if this bug wasn’t there.

It seems the glitch can be triggered several times.

There’s no telling what causes the glitch but its likely the game developers will fix it now it’s been pointed out.

Call of Duty: Warzone Season 4 can be totally free to play.

In other news, London’s The O2 is being immortalised – in the video game Fortnite.

And, read our complete guide to Call of Duty 2021. 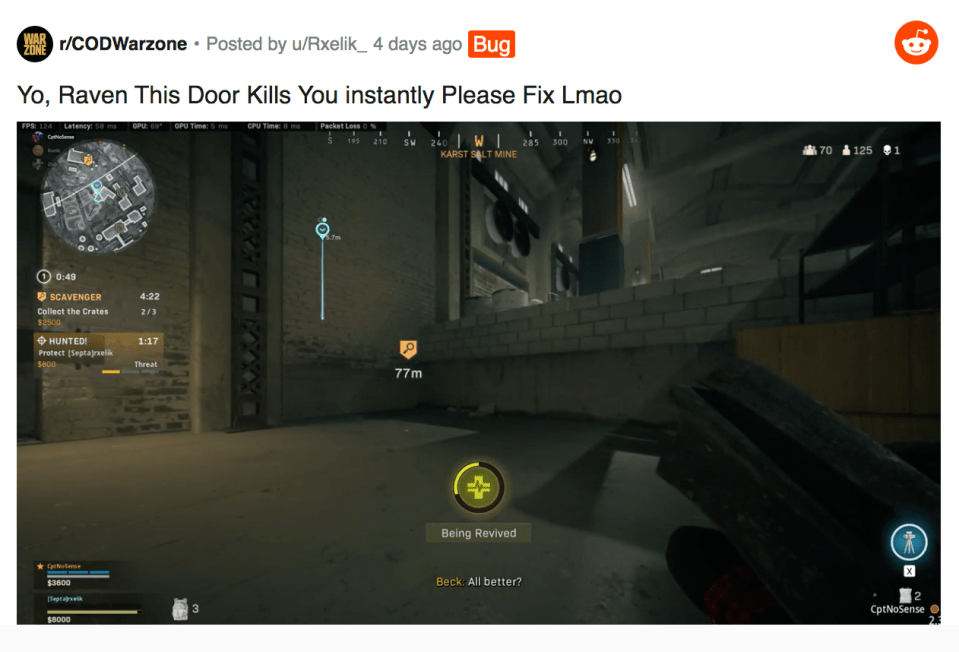 How can I get Thanos skin in Fortn...