Close
Trending News
HomeTechBioShock: The Collection Nintendo Switch review – in a thousand leagues of its own

BioShock: The Collection Nintendo Switch review – in a thousand leagues of its own

BioShock: The Collection Nintendo Switch review – in a thousand leagues of its own

THE haunting wails of some deranged lost soul in the shadows. A Spider Splicer’s hook scraping the ceiling above you as it chuckles hysterically before pouncing…

Ah yes, it’s BioShock. A game that was way before its time and an incredibly special experience – a game that rightfully sits somewhere as one of the industry’s greatest ever.

So to take it in all its dark glory and port it to the Nintendo Switch is a huge risk, and huge responsibility.

So does the tantalisingly twisted first-person shooter keep its head above water? Absolutely. And as overwhelmingly as a Big Daddy’s need to protect his Little Sister.

BioShock: The Collection is a rip-roaring return to the sunken city of Rapture and cloudy chaos of Columbia.
The dingy, rusted innards of Rapture come bursting to life thanks to the 2K Games giants being remastered in 1080p. That clarity and cleanliness brings a fantastically polished feel to a game that, to be fair, looked stunning for its time back in 2007.

The arsenal is as before, with a lovely loadout to choose from, whether it be a trusty shotgun with armour-piercing rounds or the clunky, yet effective grenade launcher. And in the blue corner are your plasmids, a variety of DNA-altering skills that allow for a different kind of combat – electric bolts, balls of fire and this gamer’s personal favourite Enrage, which makes the bad guys turn on each other and do all the hard work.

Updating plasmids and deciding what gene tonic to use and when reminds you just how far advanced BioShock was when it came to the player dictating how the game was played. And the underworld dystopia is delightfully scary and still manages to keep your alert-levels on edge at all times – those creepy echoes of splicers babbling to themselves sending shivers down the spine.

It’s incredibly hard to find decent shooters these days with a storyline as in-depth, engrossing and well produced as these three. Which is why it’s such a joy to see the series back and looking better than ever before.

And it’s a huge relief to find the controls are as natural on the Switch as they were previously. In fact, the set-up works well with a quick interface and easy access to the maps section and the D-pad is easy to get to when switching your ammo type.

The joyful return doesn’t dissipate either for BioShock2, set 10 years later when you once again get to stomp the halls of Rapture in the beloved behemoth, Big Daddy. But the biggest, and nicest, surprise of the package was just how fantastical the cloud city of Colombia comes through in this remastered version. The third game in the package is every bit as brilliant as the first two. Set in the year 1912, you play Booker DeWitt who hops from sky-rail to sky-rail on his way to rescuing Elizabeth.

The series’ smooth swap to the Switch simply goes to bolster the fact that BioShock has always been in 1,000 leagues of its own.

Most Read in Gaming


PS5 release date, news, games, price and controller – everything we know so far

In other gaming news, we have a first look at the awesome WoW Shadowlands, one of 2020’s biggest game launches.

There’s all the free PS4, Xbox and PC games you need this month including the excellent Tomb Raider and madcap Saints Row.

And GTA makers are ‘secretly working on a virtual reality version‘ of a AAA, open-world title.

What’s your favourite BioShock game? Let us know in the comments. 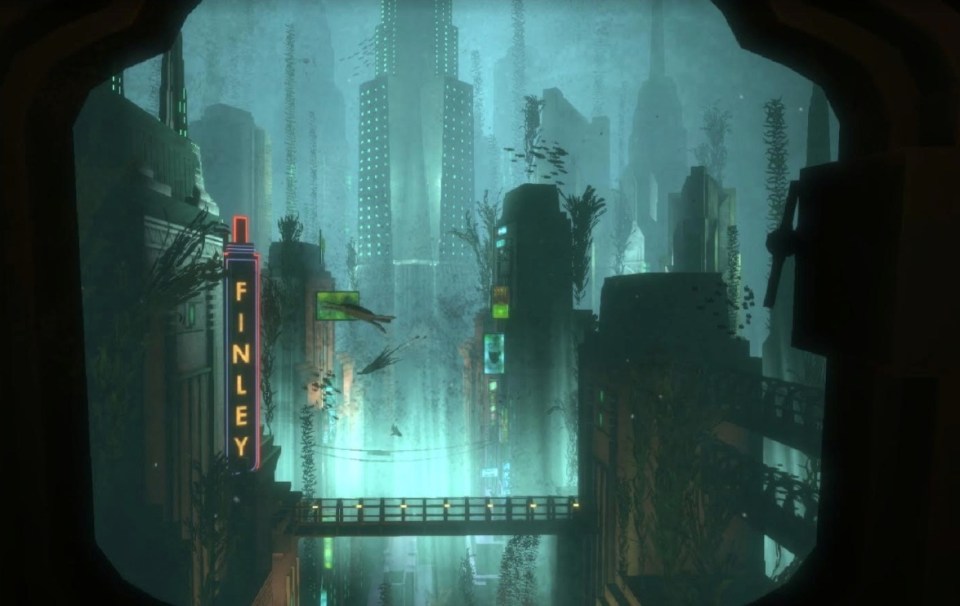