Close
Trending News
HomeTechBiblical ‘miracle’ village where Jesus fed the 5,000, walked on water and cured blind man is FOUND near Sea of Galilee

Biblical ‘miracle’ village where Jesus fed the 5,000, walked on water and cured blind man is FOUND near Sea of Galilee

Biblical ‘miracle’ village where Jesus fed the 5,000, walked on water and cured blind man is FOUND near Sea of Galilee

A BIBLICAL ‘miracle’ village were Jesus is said to have walked on water and fed the 5,000 has been dug up, according to a team of archaeologists.

The experts are now convinced that the site they’ve been working on for 32 years is indeed the infamous village of Bethsaida that’s mentioned in the Bible.

The site has been worked on for 32 years[/caption]

It was uncovered just a mile from the Sea of Galilee, the location where some people believe Jesus walked on water.

Bethsaida was said to be home to a few disciples, including Peter, and is mentioned as the location where Jesus cured a blind man.

According to the Bible, Jesus eventually curses the village to destruction because its residents wouldn’t repent and believe his miracles.

Professor Rami Arav of the University of Nebraska has recently said he’s in no doubt that the Et-Tell archaeological site is in fact the doomed Biblical village. 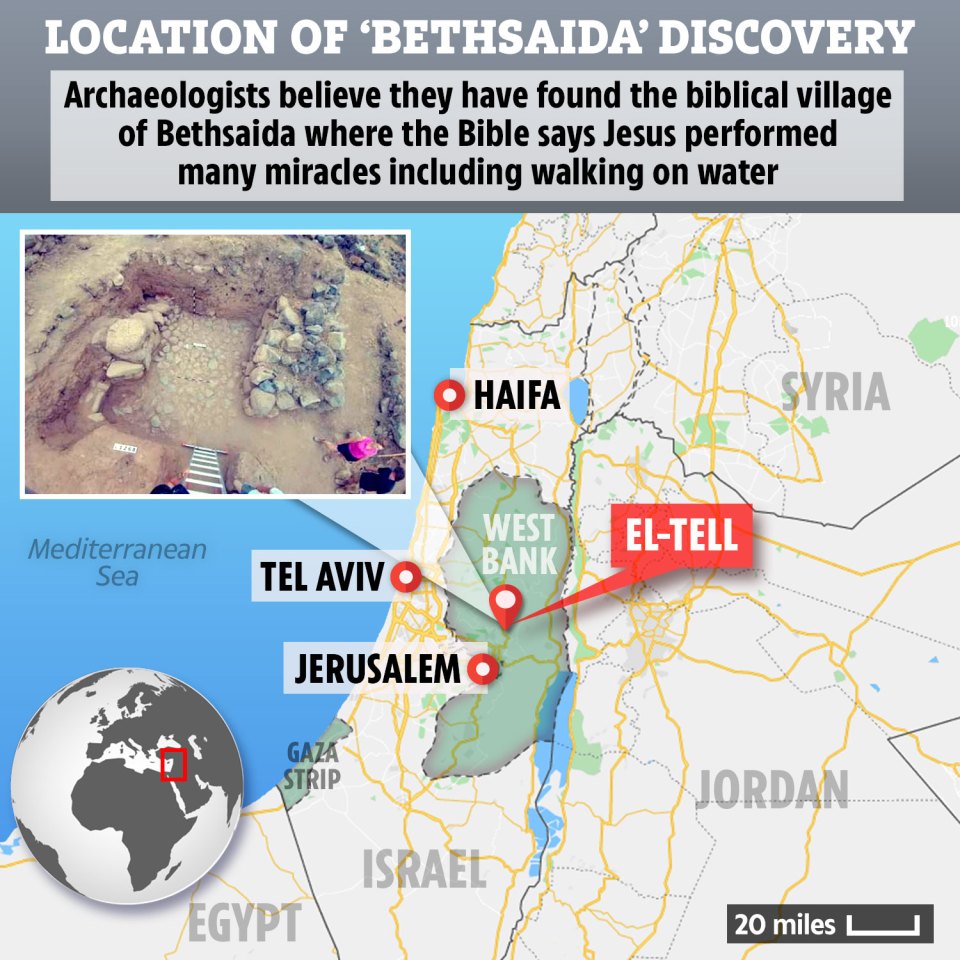 A reconstruction of the village[/caption]

According to the Daily Mail, Aray said: “Ancient sources place several requirements for the identification of Bethsaida.

“Finds in Et-Tell convinced not only me but a group of experts.”

He also thinks ancient Roman texts describing the village are in keeping with the site’s location.

However, there are some points of contention such as the Bible stating that Bethsaida was accessible by boat.

The village site is a mile from the Sea of Galilee.

Some experts argue that water might have been closer to the village in ancient times.

This could be explained by changing water levels and movements of tectonic plates.

Fishing equipment is also said to have been found at the site.

The village seems to have been abandoned in the 4th century and was left in ruins.

Excavations at the site will continue to try and build more evidence that Jesus was once there.

What were the Biblical miracles of of Bethsaida?

According to the Bible…

The feeding of the 5,000 is said to have occurred at the village. This miracle involved Jesus feeding 5,000 people with five loaves and two fishes.

This event is described in the Gospel of Luke.

The Gospel of Mark describes a miracle in which Jesus helps a blindman to see.

He states: “They came to Bethsaida, and some people brought a blind man and begged Jesus to touch him.”

Jesus is also said to have walked on water near the village.

In other archaeology news, a puppy preserved in permafrost since the last ice age feasted on one of Earth’s last woolly rhinos before it met its early demise.

An ancient burial ground containing over 1,500 bodies squashed into circular graves has been discovered in Japan.

Monkey skeletons have been dug up at a 2,000-year-old animal cemetery near the Red Sea in Egypt.

What are your thoughts on this discovery? Let us know in the comments… 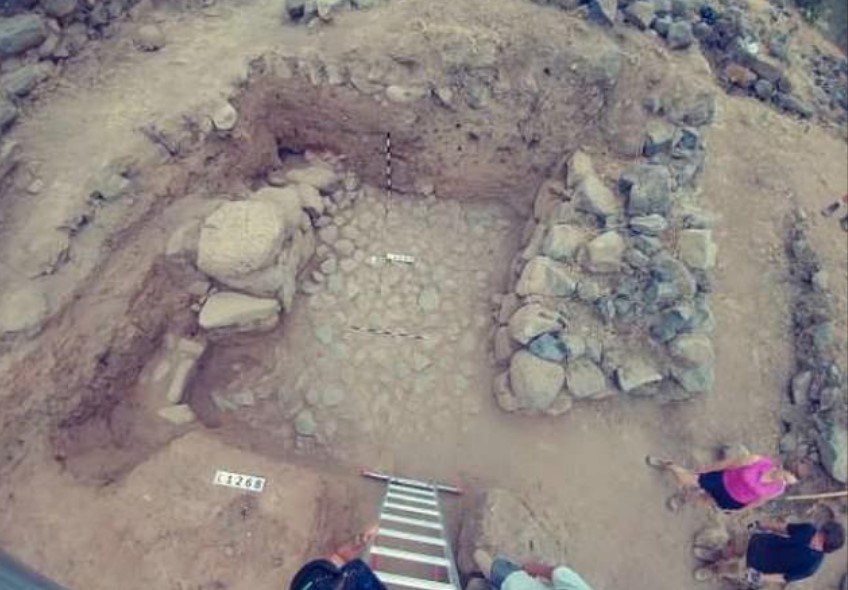