Clever con messages try to trick you into handing over your login codes – and they’re seriously easy to fall for.

A Spanish-language version of the message shared on Twitter[/caption]

It’s a spin on the classic “verification code” scam, in which a hacker poses as a pal.

The friend says they accidentally sent their authorisation code to you – when really, they’re trying to get your own login code.

A new version of the scam comes from the so-called “WhatsApp Technical Team”.

WABetaInfo shared an example of an official WhatsApp message, which is flagged by a green checkmark[/caption]

Scammers ask users to verify their identify by sending over their six-digit login code.

But the message is a complete con, and you shouldn’t hand over your information.

Crooks use an image of the WhatsApp logo as their profile picture to make the scam more convincing.

“This is fake. WhatsApp doesn’t message you on WhatsApp,” said WABetaInfo, a specialist WhatsApp blog.

“And if they do (for global announcements, but it’s so rare), a green verified indicator is visible.

“WhatsApp never asks for your data or verification codes.”

Once hackers hijack an account they may ask for money or steal personal information like the groups you are in and any new messages you receive.

And by stealing your account, scammers can then pose as you – and con your friends or family too.

How to protect yourself from this scam

Firstly, you should never be handing out six-digit PIN numbers to anyone.

You can also take an extra step and set up two-step verification for your WhatsApp.

This means even if someone does get hold of your six-digit number, they will still need an extra password.

You’ll see a message which states: “Enter a six-digit PIN which you’ll be asked for when you register your phone number with WhatsApp.”

Then choose your PIN and click “Next” to save.

You’ll also be given an option to setup a backup email address.

If you have fallen prey to this hack you need to reinstall your WhatsApp and ask for a fresh activation code.

This will reset the app on your phone.

Facebook has launched a dedicated Gaming app for streaming and playing with pals.

And the social network has also debuted a new chat app for couples called Tuned. 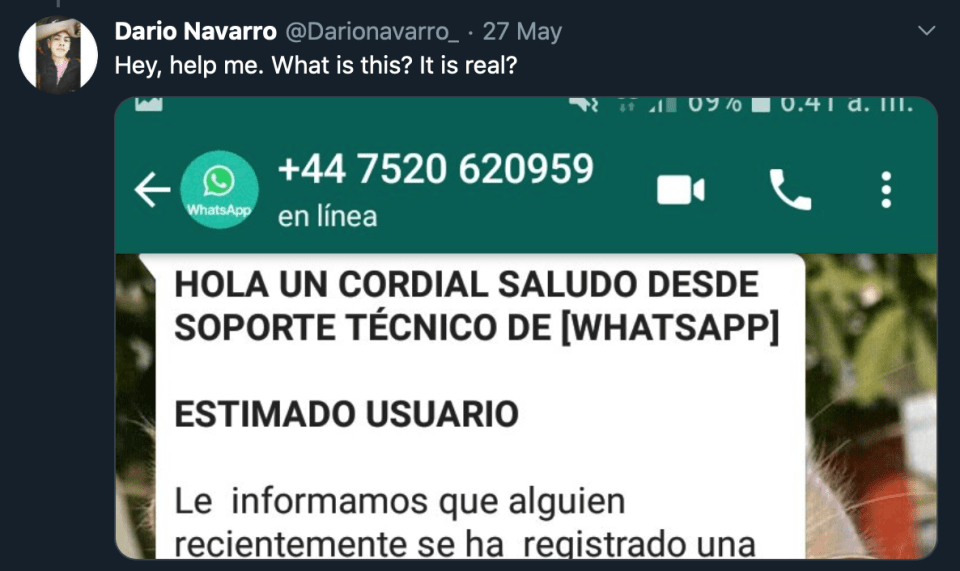