GOT a new Xbox Series X or Series S and want to buy some next-gen games? You’re in luck.

We’ve rounded up the best new and optimised games for the Xbox Series X to show off the console’s impressive hardware.

What is the Xbox Series X?

It’s one of a pair, coming in as the more powerful and pricier alternative to the Xbox Series S.

This is Microsoft’s direct rival to the PlayStation 5, promising high frame-rate 4K gaming and gorgeous graphics.

When it comes to massive games you’ll want to play right away, there are a few standout options.

The first is Assassin’s Creed Valhalla, a much-hyped entry to the iconic franchise.

You’ll play as a Viking warrior, splitting his or her time between England and Norway – in stunning 4K, of course.

It’s a gorgeous open-world game with an interesting storyline, and plenty to explore when you’re not focused on the main campaign.

It’s got graphics to match the best of them, and looks absolutely stunning on the Xbox Series X.

Some of the other launch-day games to look out for include Yakuza 7: Like a Dragon, Tetris Effect: Connected, NBA 2K21 and Gears Tactics.

There are loads of new games you need to get excited about.

One of the biggest hitters to land soon is Call of Duty Black Ops Cold War, which drops on November 13.

It’s sure to be one of the most popular games for next-gen consoles, and comes with a revamped version of Warzone to boot.

That will soon be followed by Cyberpunk 2077, on December 10.

It’s a sci-fi RPG created by the same people who made the acclaimed The Witcher 3: Wild Hunt. It looks sure to be a cracker.

Other upcoming blockbuster titles to keep an eye on include:

There are loads of titles that have been “optimised” to look better on the Xbox Series X.

These are old and new games that have been reworked specifically to get better use out of the more powerful hardware on the Series X.

Here’s a quick list of some of the most exciting Series X-optimised titles:

More games will inevitably be added to this list, so you’ll probably never run out of Xbox games to play.

In other news, find out where to buy Xbox Series X units today.

Check out our PS5 vs Xbox Series X comparison.

And find out why The Sun’s favourite alternative to a games console is the Oculus Quest 2 VR headset. 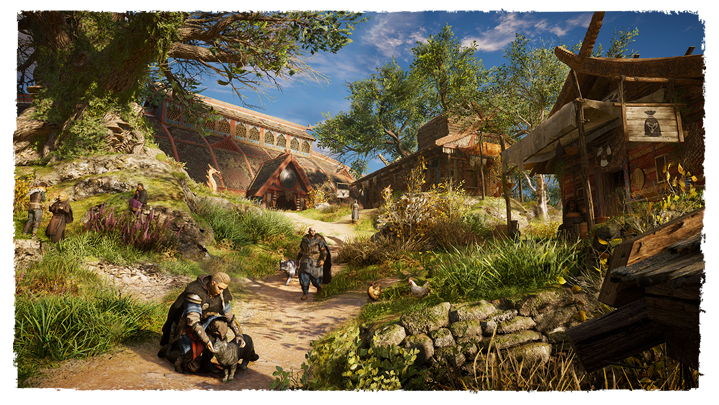 No dark side of the moon: Jupiter’...