A HUGE asteroid is set to skim past Earth next week.

The space rock is on Nasa’s ‘Earth Close Approaches’ list and could measure up to 1017 foot. 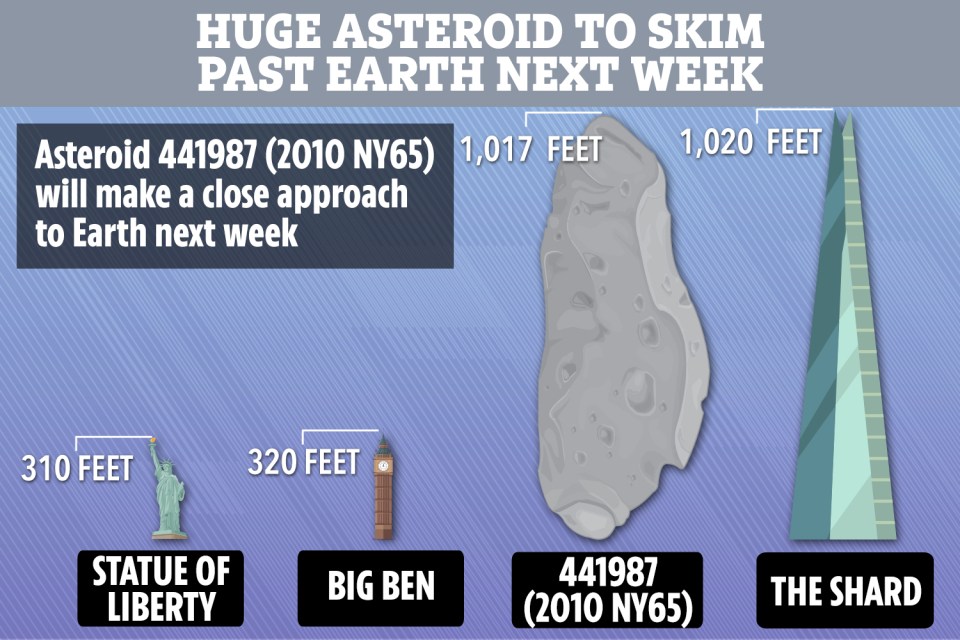 That would make it three times as big as Big Ben and almost as tall as The Shard.

The large space rock is estimated to come as close as 2.3 million miles away from our planet.

It will be travelling at around an impressive 28,000 miles per hour.

The asteroid is 15 times bigger than the Chelyabinsk meteor, which exploded over Russia back in 2013.

Its impact smashed windows and injured more than 1,000 people.

Experts did not predict the impact, sparking concern that Earth could be surprised with a more devastating incident in the future.

In other space news, at least 110 humans would be needed to start a new civilisation on Mars, a study has calculated.

Nasa’s Curiosity rover has captured a snapshot of what Venus and Earth look like from Mars.

And, six billion Earth-like planets could be awaiting our discovery in the Milky Way.

Do you worry about asteroids? Let us know in the comments…