THE design of the next iPhone may have been unofficially revealed months ahead of the hotly-anticipated mobile’s release.

A US tech geek has shared a video to YouTube of what he claims is an early version of the Apple handset, which is rumoured for launch in September.

Apple has yet to acknowledge it’s making a new iPhone yet, but it’s safe to assume its next mobile, rumoured to be called the iPhone 12, is on the way.

YouTuber user iUpdate shared what he said was the first look at the upcoming gadget on Sunday, revealing a retro boxy design.

“It’s a design we haven’t seen before,” iUpdate, who keeps his full name a secret, said in the video.

The gadget is reportedly a “dummy unit” – a fake phone based on prototype designs with no electronics in it.

The iPhone 12’s design will allegedly see a return to the squared-off edges not seen since the iPhone 4.

Apple has opted for curved bodies and edges for the last few years.

However, the company is strongly rumoured to be heading for a more retro look with the new iPhone.

In the video, iUpdate also discusses the sizes of the new iPhone series.

Recent reports have suggested the iPhone 12, not yet announced by Apple, will come in four variants, all with 5G connectivity.

It’ll fit easily in the palm with a design that goes against the recent trend of “bigger is always better” followed by the world’s leading phone-makers.

How iPhone screens have changed over the years…

It means you can create much more accurate augmented reality effects – like Pokémon Go or advanced Snapchat filters.

Apple recently added LiDAR to a product for the first time ever with the launch of the new iPad Pro.

As with Apple’s most recent mobiles, the iPhone 11 series, we can expect the 12’s rear triple camera array to include wide-angle and telephoto lenses.

Apparently, the 12 Pro and 12 Pro Max will also come with LiDAR scanners.

LiDAR is a type of laser technology that measures distances to accurately map a scene in 3D.

According to iUpdate’s video, the new mobile will also come with 5G connectivity.

5G is the next generation of mobile internet, expected to deliver blisteringly fast download speeds – changing the way we use our handsets forever.

It allows users to download a full HD movie or hours-long podcasts in seconds.

Currently, 5G is only available on select mobiles and in select cities across the globe.

In other news, the iPhone 12 might be the first Apple mobile to ship with no charger or headphones in the box. 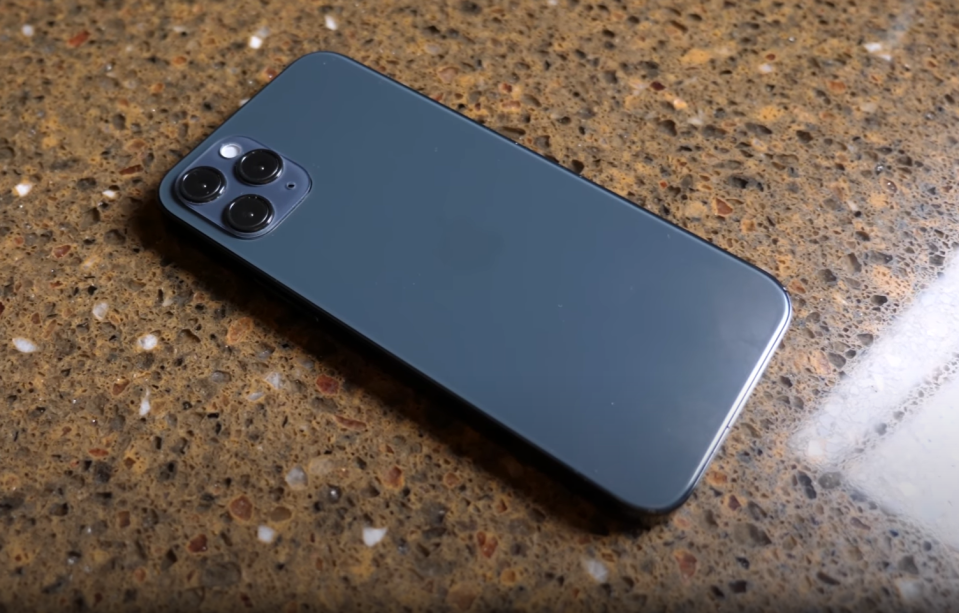 New GTA game could be revealed...