APPLE Inc. announced on Wednesday that it’s rolling out digital driver’s licenses that users can download to their iPhone and Apple Watch wallets.

Arizona, Connecticut, Georgia, Iowa, Kentucky, Maryland, Oklahoma, and Utah will be among the first states to make licenses electronically available[/caption]

In a September 1 press release, Apple said Arizona and Georgia will be the first states to introduce the new feature, which allows residents to add their driver’s license or state ID to Wallet on their iPhone and Apple Watch.

Connecticut, Iowa, Kentucky, Maryland, Oklahoma, and Utah will adopt the feature after, but a timeline on when it will be available hasn’t been disclosed.

The tech company praised Wallet for providing “a more secure and convenient way for customers to present their driver’s licenses and state IDs on iPhone or Apple Watch.”

The feature makes for a “seamless and secure experience,” Apple explained, as customers will be able to add their driver’s license or state ID to Wallet when their state starts offering it.

Once a driver’s license or state ID is added to Wallet, customers can show their ID to the TSA by just tapping their device once.


Expert reveals how to spot hidden cameras in your hotel room

Apple explains: “Upon tapping their iPhone or Apple Watch, customers will see a prompt on their device displaying the specific information being requested by the TSA.

“Only after authorizing with Face ID or Touch ID is the requested identity information released from their device, which ensures that just the required information is shared and only the person who added the driver’s license or state ID to the device can present it.

“Users do not need to unlock, show, or hand over their device to present their ID.”

TSA Administrator David Pekoske said in a statement that the feature “will enable a more seamless airport security screening experience for travelers.”

The rollout of the feature comes months after Apple said it was collaborating with the TSA at the Worldwide Developers Conference, CNBC reported.

Additionally, “biometric authentication” — which is used through Face ID and Touch ID — ensures that the user who uploaded their ID is the only person that can view or present it in Wallet, Apple explains.

A customer’s personal documents are also “only presented digitally through encrypted communication directly between the device and the identity reader, so users do not need to unlock, show, or hand over their device,” the news release adds.

Participating states appear to be looking forward to the future of IDs in Apple Wallet.

Connecticut Gov Ned Lamont said in a statement: “We’re excited to bring a new addition to our state’s modernization efforts that will make our residents’ lives easier, and keep their identities secure through the use of mobile driver’s licenses in Apple Wallet.

“We’re pleased to be one of the first states working with Apple to deploy driver’s licenses and state identification cards in Apple Wallet, and we’re looking forward to taking the next steps to make sure this new feature benefits our residents.”

Moore said in a statement: “Georgia is a national leader when it comes to the safety and security of its driver and identity credentialing process, with more than 99 percent of Georgians REAL ID compliant, and the state of Georgia is equally as committed to safety and security through our mobile driver’s licensing (mDL) efforts with Apple.

“Together, we will deliver customer convenience through touchless identity verification and enhanced security and privacy protection through technology. We are honored to work with Apple as an initial adopter for such a revolutionary customer experience.”

And Maryland Gov Larry Hogan praised his state for being a “leader” in “safe innovation.”

“As we look to the future, we are committed to enhancing convenience and accessibility while maintaining the highest safety and security standards for our state and citizens,” he said in a statement. 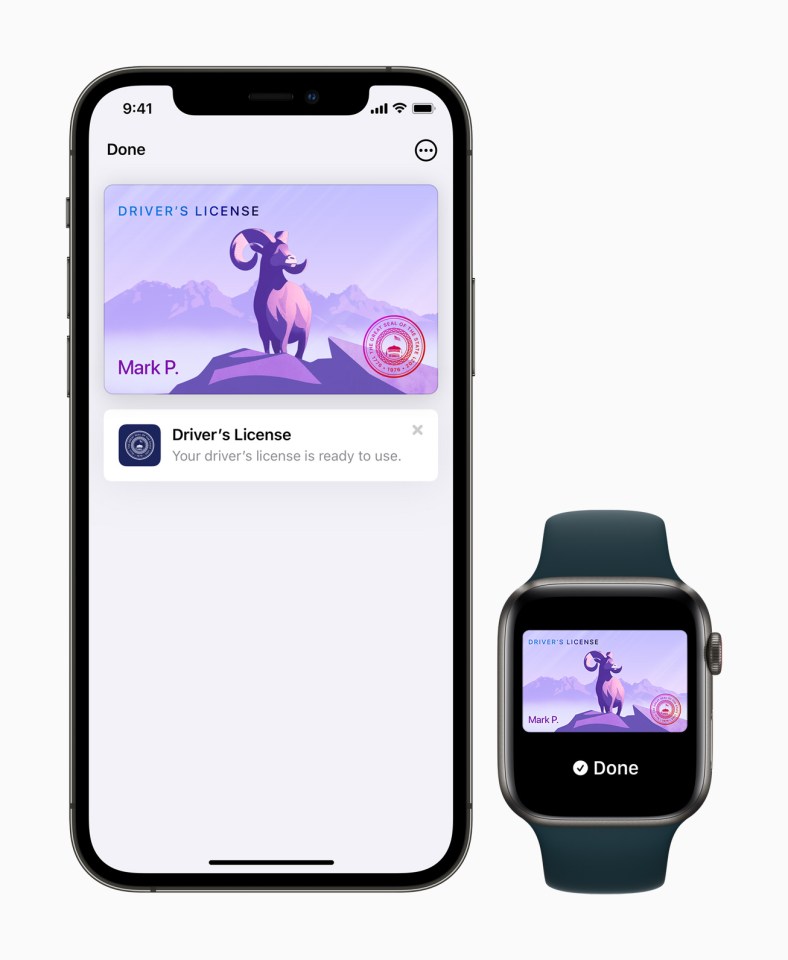 Dominic Raab touches down in Qatar...

Urgent warning China may be SP...

Norway bow-and-arrow attacker who killed 5 had converted to Islam; police had prior concerns over signs of radicalization