APPLE has unveiled a brand new MacBook Air that’s faster and more power-efficient than ever before.

It’s the first MacBook to run on Apple’s own M1 chip – finally breaking away from Intel.

Apple says the new MacBook is faster than 98% of rival laptops sold in the last year.

The MacBook is reportedly totally silent even during intensive workloads.

And it promises 15 hours of wireless web browsing and 18 hours of video playback – 6 hours more than before.

The company also showed off a new Mac Mini, which runs on M1 too.

It’s a tiny desktop computer that plugs into a monitor – giving you access to the new macOS Big Sur.

The new desktop PC starts at $699, and features HDMI and ethernet ports – plus up to 16GB of RAM and 2TB of storage.

For many gadget geeks, the highlight of the event is the new MacBook Pro.

And for graphics, the 8-core GPU is said to be 5x faster.

Apple boasts that its 3x faster than the best-selling Windows laptop in its class.

Thanks to boosted efficiency, the new MacBook Pro offers 17 hours of wireless web browsing and 20 hours of video playback.

It’s the longest Mac battery life to date, which is impressive.

Design hasn’t changed – so Apple has squeezed better performance and better battery life out of the same form.

And the price is staying at $1,299, which is good news for everyone.

“M1 is a breakthrough chip,” said Apple’s Johny Srouji, speaking at the event.

It has 16billion transistors – the most ever put into a chip by Apple.

It’s got an 8-core CPU and 8-core GPU, which Apple says trumps rival systems – a claim that will inevitably be tested to death.

Four of its cores are high-efficiency: Apple says they deliver the same performance as a dual-core Intel Mac – but using less power.

Apple first announced plans to abandon Intel processors back in June 2020, at the firm’s WWDC event.

The company revealed it would be moving to custom Apple Silicon chips.

These processors would be designed in-house, in a bid to limit reliance on rival firms.

Apple switching to use its own chips in Mac computers is a brilliant move.

Often, gadgets are built with very generic software that plugs in to lots of different chips in a wide range of phones and computers.

This means systems can be really poorly optimised, because they’re trying to work as broadly as possible.

That changed with the iPhone, because Apple was able to make its own smartphone, as well as the software and chips that powered it.

This meant performance and battery life could go beyond what you’d normally expect.

Now Apple has been able to optimise Macs in a similar way, designed the software (macOS), chip (Apple Silicon) and device (MacBook).

Apps have to be rebuilt for the new chip – and they’ll be called Universal Apps.

Photoshop, for instance, is coming next year.

In the meantime, you can use Apple’s Rosetta 2 system to run apps that haven’t been updated for the M1 chip yet.

We’ve seen three Apple events in as many months.

The first focused on the Apple Watch 6 and a new iPad Air in September.

Then in October, Apple followed up with another event largely focused on the iPhone.

And as a bonus, Apple also launched the Siri-powered HomePod Mini.

Now November’s event finally focuses on Mac computers – which have barely been acknowledged since June.

The new Mac products are available to pre-order today, and will become available next week.

In other news, read our guide to 5G here. 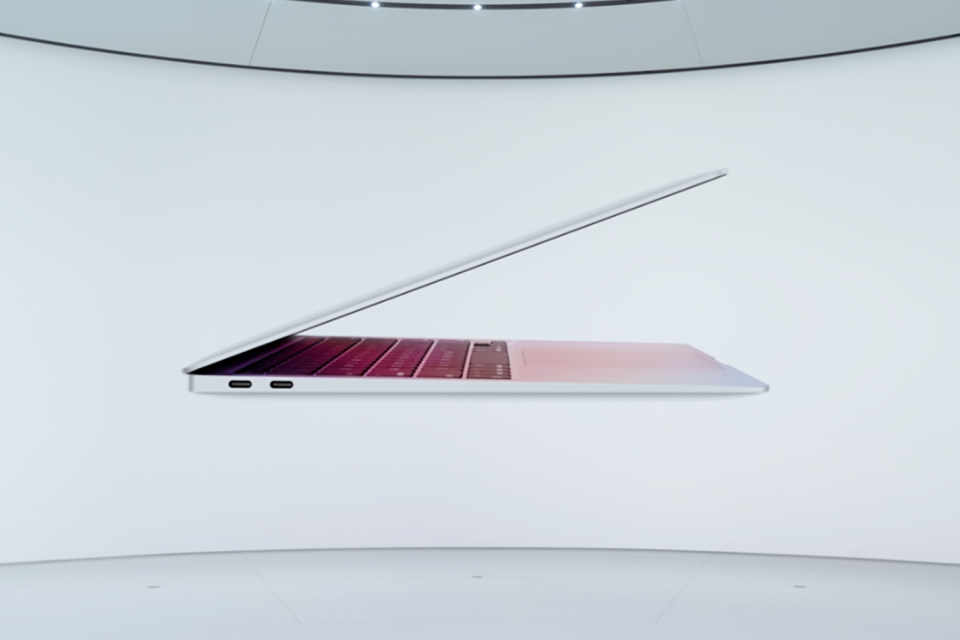