AN INCOMING iOS 14 update is aiming to give Apple users 117 new emoji.

The new icons are currently being tested in the beta version of iOS 14.2 and they include a transgender flag and a man wearing a bridal veil.

Emojipedia reported: “Prior releases assigned a man to wear the tuxedo and a woman to wear a veil, but these have been reclassified by Unicode as gender neutral emoji in Emoji 13.0, paving the way for consistent options for women or men to wear either, in addition to the default person design.

“Other emojis not shown before by Apple include Mx Claus (a gender-inclusive alternative to Santa Claus or Mrs Claus) and a set of bottle-feeding people.

“The bottle feeding options come as an addition to the Breast-Feeding emoji which was added to iOS in 2017.”

Apple users will also be getting a fly and cockroach emojis.

Other random new options you properly never knew you needed include an olive, a beaver, bubble tea, a dodo and a ninja emoji.

There’s two new smileys which are a tear of joy emoji and a disguise icon.

The expected public release for these new emojis is sometime in October 2020.

The update will be available for iOS, macOS and watchOS.

Every emoji that’s coming with iOS 14.2

Here’s all 117 and their official names…

WhatsApp is working on a secret self-destructing text feature that deletes photos and videos from the recipient’s phone.

What’s your favourite of the new emoji? Let us know in the comments… 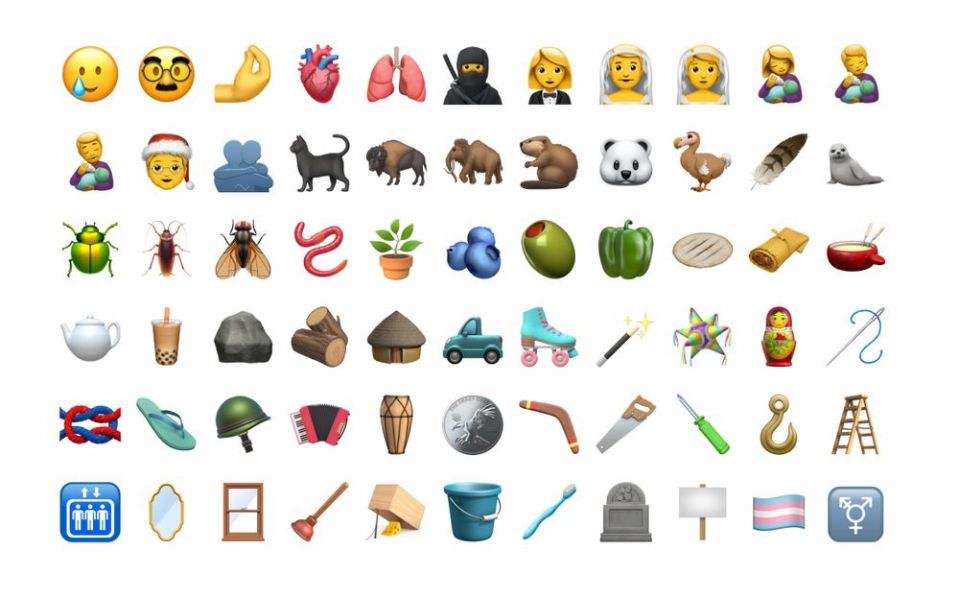