DOZENS of new emoji are about to arrive on Android phones – including a raunchy “sex pinch” icon.

A set of 117 new icons have made their way into the Android “beta test” version, and will soon roll out to everyone.

All you’ll need is a phone that can update to the new Android 11 version.

That’s Google’s latest and greatest update to the Android software.

If you’re using any phone other than an iPhone, it’s likely you’re running Android – even on phones made by Samsung or Huawei.

And if you’ve got a fairly modern device, you should be able to receive the Android 11 update shortly.

The update adds a large roster of new emoji approved by the California regulator, the Unicode Consortium.

The 2020 list includes a man in a veil and a “gender-neutral Santa”, while emoji for bubble tea and a person bottle-feeding a baby also feature.

The Unicode Consortium’s list, released back in January, is the central bank of approved emoji.

Companies including Apple, Google and Microsoft then apply stylised versions of the designs to their own operating systems.

The website Emojipedia, which is part of the Unicode Consortium and details icons found in updates, said: “The 117 new emojis form part of Emoji 13.0 and will come to most platforms in the second half of 2020.

“Variations of existing emojis now approved for 2020 include a woman or gender-inclusive person in a tuxedo, as well as a gender-neutral person or a man in a veil.

“These, along with other approved emojis, will be coming to phones later this year.

“Also included in this update is a gender-inclusive alternative to Santa Claus and Mrs Claus, named Mx Claus.

“This addition is part of an ongoing effort to make more consistent set of gender options across the board.”

On social media, one new emoji in particular drew the attention of dirty-minded users.

Described as a “pinched fingers” gesture, some Twitter dwellers suggested the symbol carried a raunchy undertone.

“Stop. This is not the Italian hand gestures emoji. This is the fistingemoji,” quipped one user.

Last year, a number of same-sex couple and gender-neutral emoji were added to the library to improve representation.

Emojipedia noted that some versions of the new emoji, including the transgender flag and the woman in a tuxedo, are already available on Twitter.

“So we’re glad to see the inclusion of more gender-neutral emojis and a trans flag emoji.

“Visibility is really important and companies can always be thinking of more ways to promote trans equality.”

No release dates have been confirmed for the emoji on different operating systems.

They are traditionally rolled out later in the year when new versions of Apple’s iOS and Google’s Android software are released to the public. 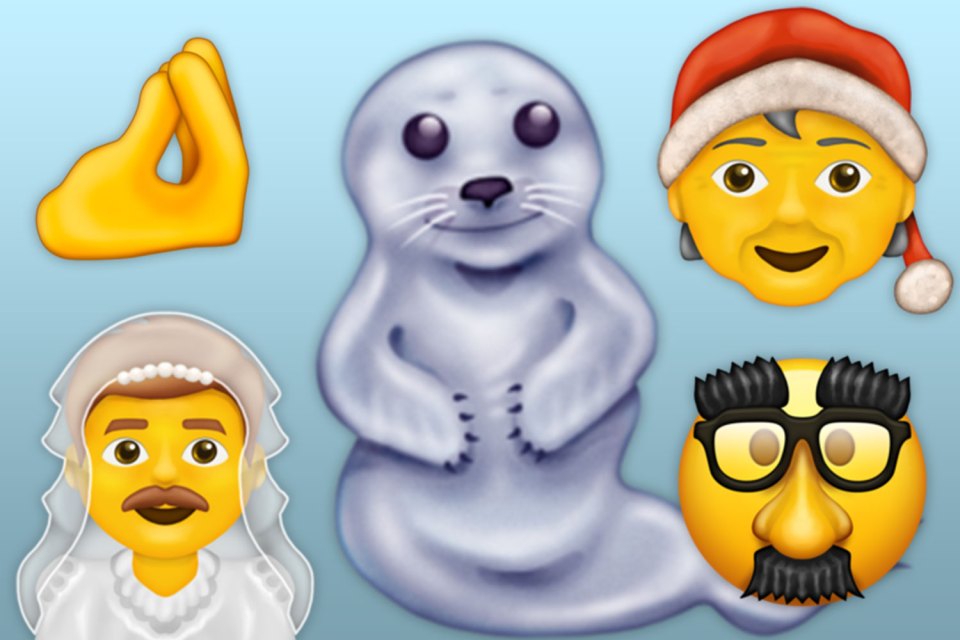