REMAINS of a ‘warrior woman’ have been unearthed from an ancient grave in Siberia.

The grave actually contained two women, a man, a baby and lots of weapons.

Archaeologists think the grave is around 2,500-years-old.

It’s thought the people buried in it belonged to the ancient Tagar culture.

One of the women and the only man in the grave are presented as warrirors.

This is because they were buried with artefacts like bronze daggers, knives and axes.

They were buried with many weapons as grave goods[/caption]

The early Iron Age burial also contained an older woman of about 60 and a newborn infant.

It’s currently unclear if the individuals are related so DNA analysis will be conducted.

According to the Siberian Branch of the Russian Academy of Sciences, there were also bronze mirrors and a comb made of animal horn in the grave.

Tagar people were warriors who lived in what is now southern Siberia. 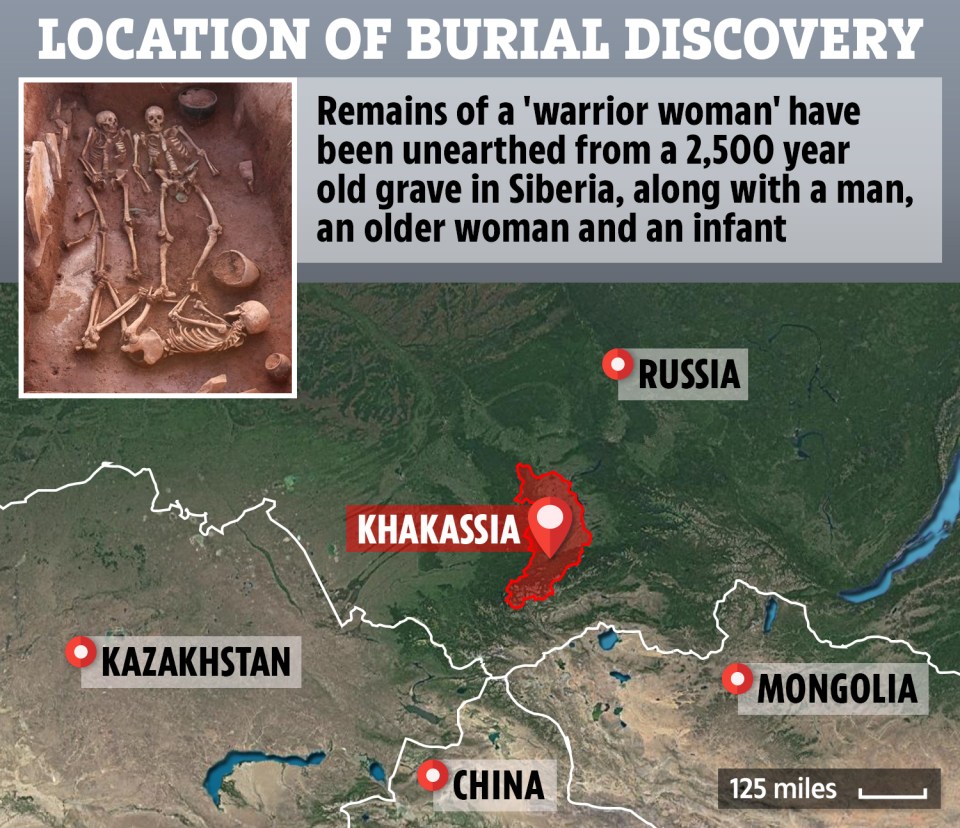 It’s not clear how the four individuals in the grave died but experts think it could have been due to illness.

The grave was uncovered during an excavation ahead of rail road work in the southern part of Khakassia in Siberia.

Anthropologist Olga Batanina said in a translated statement: “The man and woman lying next to each other were about 35 and 45 years old, and the woman at their feet was about 60 or older.

“The remains of a newborn baby, no more than a month old, were also found in the burial, but fragments of its skeleton were scattered throughout the grave, possibly as a result of rodent activity.”

The Tagar culture, not to be confused with the fictional Game of Thrones Targaryen family, lasted for around 500 years from the 8th to the 3rd century BC.

More analysis of the grave site will be conducted to try and teach us more about these ancient people.

In other news, an ancient bear has been discovered completely intact after being frozen for around 30,000 years.

What do you think of the ancient Siberian warrior? Let us know in the comments… 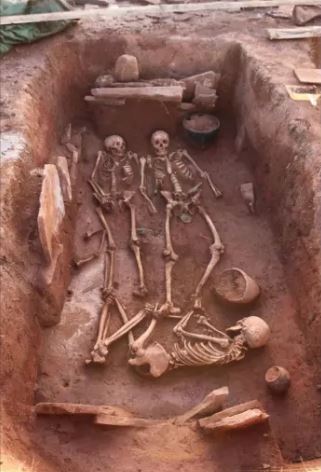 FIVE asteroids due to buzz Earth i...