AMAZON has revealed its electric delivery vans that aim to make parcel delivery better for the environment.

The new vans could be in use next year[/caption]

The unveiled van is the first of three models.

We could be seeing it on the roads in the US as earlier as next year.

Amazon has pledged that it would get 10,000 custom electric delivery vehicles carrying parcels worldwide by 2022.

However, the larger goal doesn’t just include vans but also e-cargo bikes and electric rickshaws in India.

Amazon has the ambitious goal of achieving zero carbon emissions by 2040.

This could dramatically improve its impact on the environment if successful.

The van itself looks pretty simplistic and ‘Prime’ blue from the outside.

Inside things get a bit more interesting.

There’s multiple screens for the driver, Alexa support and a camera that gives 360-degree views outside the van.

Alexa can help drivers with things like their route and warning them about bad weather.

In other news, new driverless Einride trucks could be ferrying goods on our motorways by 2021.

A deadlydrone that can fly inside buildings and take out enemies with a mounted shotgun has been developed by the UK military.

And, Elon Musk’s Tesla Roadster has just passed Mars after he blasted it into space back in 2018.

What are your thoughts on electric vehicles? Let us know in the comments… 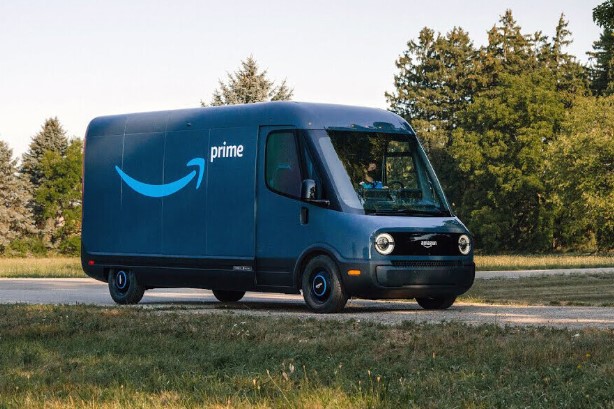