AMAZON currently has an amazing iPhone 8 deal that puts the device at just £159.74.

Amazon Prime Day ends at midnight so today is the perfect time to buy a new phone if you’re looking for a deal.

The iPhone 8 originally retailed at £699[/caption]

The deal is for a silver Apple iPhone 8 with 64GB of memory storage.

It’s a renewed device but has been checked over by professionals, according to the UK Amazon webpage.

It states: “This pre-owned product is not Apple certified, but has been professionally inspected, tested and cleaned by Amazon-qualified suppliers.”

The iPhone 8 is said to look and work like new.

The iPhone 8 can support wireless charging[/caption]

It’s also backed by the one year Amazon Renewed Gurantee.

You can get a refund or replacement on the phone if it doesn’t work like new or look as new as it should.

The 4G phone has a 4.7inch screen and is new enough to be updated to the latest iOS software.

The iPhone 8 was first launched in September 2017.

It supports wireless charging and has a 12MP camera.

Our tips for finding the best deals this Amazon Prime Day

IT might be tempting to dive in and snap up LOADS of items, but here’s how you can guarantee you’re getting a good deal on Amazon.

PREPARE Research the items you want to buy and find out the cheapest price. Websites like PriceSpy, PriceHistory and CamelCamelCamel will give you historical data on prices so you can see how much you should pay. You can also set up price alerts to let you know when the cost drops.

CHECK CAREFULLY Use FakeSpot to check whether the item is genuine or not. The site scans the reviews to see if they’re “reliable” or not so you can decide whther you trust the seller.

TRIAL IT FIRST Sign up to the 30 day Amazon Prime trial to take advantage of the Lightning Deals and free delivery. But remember to cancel the subscription before the trial is up or you’ll be charged the full £79.

SHOP NOW TO SAVE TIME Put the items you want in your basket ahead of Black Friday so that when the deals drop on June 21, all you’ll have to do is pay.

TALK OF THE TOWN


How to read Instagram DMs WITHOUT being seen or ‘opening’ them


Is Facebook spying on you through iPhone? Horrifying truth revealed by expert

In other news, Twitch live-streamers Amouranth and Indiefoxx have been banned from the platform after sharing microphone licking videos.

Apple users have been urged to consider deleting Google Maps after a report highlighted how much personal data the app collects. 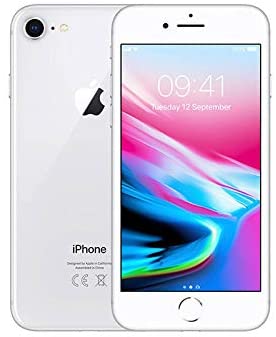